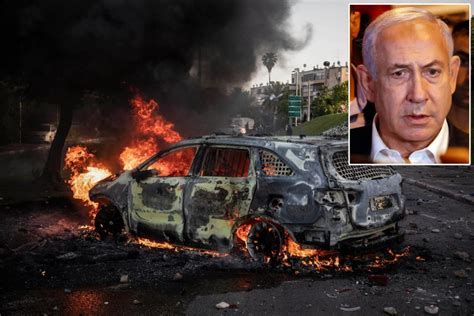 Prime Minister Benjamin Netanyahu said, “If this isn’t an emergency situation, I don’t know what is. We’re talking about life and death here.”

Fierce rioting continued throughout Tuesday night in the mixed Jewish-Arab city of Lod and a state of emergency was declared, with Defense Minister Benny Gantz announcing the deployment of several Border Police units to help quell the violence that saw the burning of three synagogues and dozens of cars. At least two people were in serious condition from the clashes, one from rocks.

In Acco, another mixed Arab-Jewish city in northern Israel, an 84-yer-old man was seriously hurt when a restaurant was set on fire by rioters. Close to 20 residents of Ramle and Lod were arrested on Tuesday night, KAN reported.  “We have lost control of the city and the streets,” Lod Mayor Yair Revivo lamented to Israel’s Channel 12 News. Garbage bins, knocked over and set ablaze, could be seen nearby.Israel Police Chief Kobi Shabtai commented on the violence seen in Lod late Tuesday night: “We have not seen this kind of violence since October 2000,” he said in reference to Arab riots that took place at the beginning of what would later become the Second Intifada. Shabtai said that he was moving his office to Lod until the anarchy there settled down.

Uri Buri, a popular Jewish-owned fish restaurant in the mixed coastal city of Acre, had been set ablaze. Footage aired by Channel 12 showed the restaurant’s exterior blacked and burned, and its windows smashed. In Jaffa, near Tel Aviv, Arab protesters clashed with police firing stun grenades to disperse them.Prime Minister Benjamin Netanyahu instructed security forces to respond harshly to those who violently protest and threaten public security. “We will not tolerate this; we need to restore calm,” Netanyahu said during a Wednesday pre-dawn visit to Lod. “If this isn’t an emergency situation, I don’t know what is. We are talking about life and death here.”

When asked by reporters whether police activity in Jerusalem may have led to the unrest in Lod, Netanyahu shut the assumption down: “These events have no excuse, this is fundamental hate.” Gantz  indicated that as defense minister, he will provide all the necessary means to security forces in order to restore calm, including the power enforce a lockdown.  Revivo, the mayor, warned of deaths if the violent riots continue.  “People might die tonight if the government doesn’t put Lod into a lockdown within the next hour,” he warned.

The Lod Municipality has helped evacuate residents who felt that their safety and security were at risk. “We’ve gotten to a place where we have to treat criminals harshly, cool things down and maintain social order,” Gantz said.   During the course of the violent riots throughout the city, the Maoz yeshiva in the mixed Jewish-Arab Ramat Eshkol neighborhood was firebombed, causing massive damage to one classroom and lesser damage to another, as well as superficial damage to the façade of the building.

In addition, a synagogue was set on fire, as well as numerous cars belonging to Jewish residents.   Firefighters also managed to successfully put out a massive fire in a tire shop, as well as fires in several residential buildings. Footage obtained by The Jerusalem Post showed private streets in some of the quieter neighborhoods of Lod with cars set aflame in the middle of the night on Tuesday night.

Initial escalations began as hundreds of Arab residents protested in Lod on Monday night in solidarity with Palestinians in east Jerusalem and Gaza by throwing rocks and Molotov cocktails around while marching toward the Jewish neighborhood of Ramat Eskhol.  Israel police in the Ramle-Lod region reported that 16 protesters were arrested on Monday evening during riots in which around 200 Arab youth arrived to protest in solidarity with Palestinians in east Jerusalem. Many were seen throwing stones and bottles and launching fireworks at police and buildings, while also burning trash cans and tires.

A 33-year-old Lod resident and father of three named Musa Malakh Hassuna was shot dead during the riots on Hahashmonaim Street in Lod. Two more people were moderately injured in the incident, including a 20-year-old man.  Violence continued on Tuesday night following the funeral of Hassuna, with rioters clashing with police, throwing rocks and rubble and once again setting fires. The riots took place over the backdrop of the Sheikh Jarrah conflict in east Jerusalem, in which a neighborhood populated by Arab residents is under proprietary dispute, pending a decision by the High Court of Justice. The ongoing conflict has led to protests throughout Israel.” The danger that Lod faces, and the damage that it can do, is harsher than hundreds of rockets being hurled towards Israel,” Revivo said.