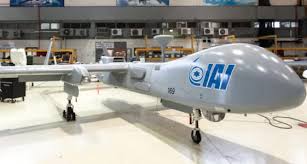 State-owned IAI, a major Israeli defence firm, said in a statement that the companies will develop a Counter-Unmanned Aircraft System “tailored to the UAE market, with wider ranging benefits for the MENA region and beyond”.

Yemen’s Iran-aligned Houthi movement, which recently stepped up cross-border missile and drone attacks on Saudi Arabia, has in the past threatened to launch strikes on the UAE.

The UAE had been Riyadh’s main partner in the Saudi-led military coalition that intervened in Yemen in March 2015 against the group, but a senior Emirati official said in February that it had ended its military involvement in Yemen last October.

The war has been in a military stalemate for years and in 2019 the UAE scaled down its presence in Yemen following attacks that year on tankers in Gulf waters, including off its shores.