Investigations into Election Fraud that Took Place on Nov 3d, is not Over 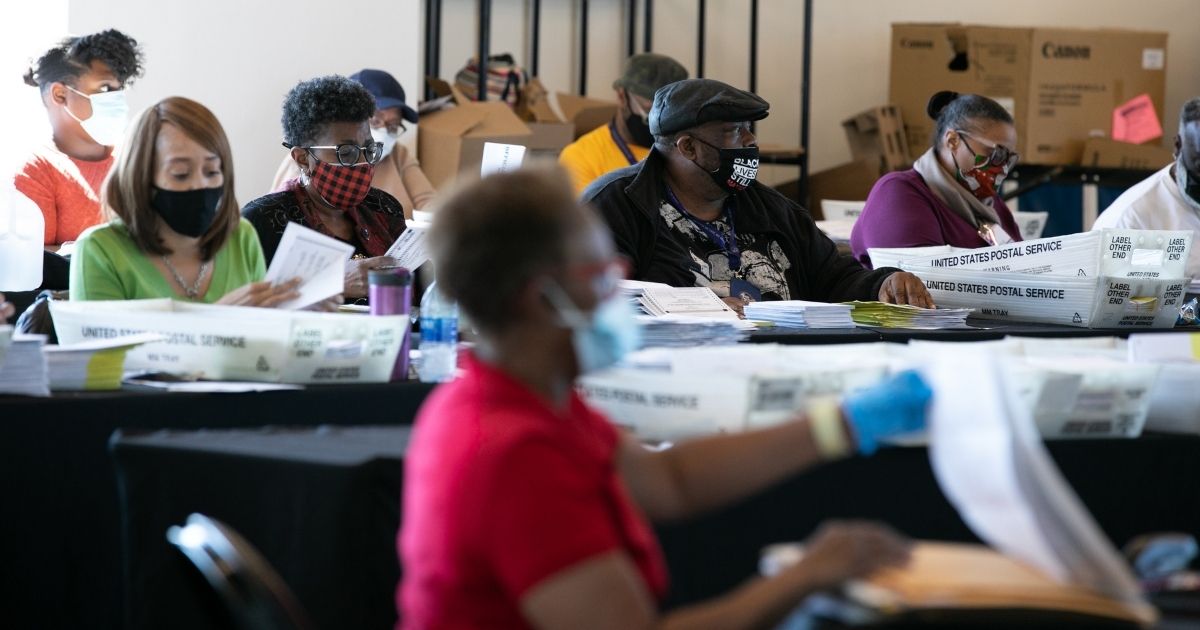 The Forensic Audit in Arizona is well underway. Now Georgia’s Fulton County, where 147,000 Votes were under question right from the start, will now get a FORENSIC audit as well.

An attorney representing Georgia citizens who secured the right to review over 145,000 absentee ballots cast in Fulton County in November told the judge overseeing the case that a top county election official could not say how many absentee ballots were printed.

Plaintiff’s attorney Bob Cheeley told Judge Brian Amero on Friday that Fulton County Registration Chief Ralph Jones, during a pretrial deposition, estimated the county printed 20,000 absentee ballots through a vendor in the 10 days leading up to the election.

Jones could not give the attorney a precise number.

“So I asked for the invoice, during the deposition, for those ballots. … As of now, I don’t have the invoice yet, so we still don’t know if it’s 20,000 or some other number,” Cheeley told Amero.

“I asked Mr. Jones questions about chain of custody of those papers [ballots] and who was limited access to those papers because that’s very, very important that you keep that under close scrutiny,” the attorney continued.

“And I asked him also how many of those papers were actually printed and sent out to voters, and he didn’t know.”

Cheeley further recounted that he queried Jones about whether any of the ballots were left over, but the official could not say.

The attorney told Amero he still doesn’t have answers to those questions from the county.

Cheeley told The Western Journal via email Wednesday that he had yet to receive those figures from the county concerning the ballots printed and used, or a copy of the printing invoice, despite the deposition of Jones taking place back on May 17.

“I have served a Request for Production of Documents for these in order to force the county to do so,” the lawyer wrote.

An independent report contracted by the Georgia State Election Board and released on Jan. 12 determined that there were many abnormalities in Fulton County’s November election, including some matters that involved Jones himself.

“There were persistent chain of custody issues throughout the entire absentee ballot processing system,” the report said.

It added that “the fact that ballots were delivered to State Farm Arena in unsecured mail carts is very concerning.”

“Protocol for securing ballots exists not only in securing the ballots themselves but also ensuring no ballot stuffing occurred,” it said.

“The problem was exacerbated by poor managerial processes by Ralph Jones, who failed to do intake counts for provisional ballots.”

The report also noted that some staff seemed to not understand that absentee ballots needed to be verified before they were counted.

While standing with election observers, “Jones had to intervene to stop a temporary staffer from moving a pile of recently-accepted but unverified absentee ballots into the stack going straight to State Farm Arena for scanning and counting.

“Had Jones not been there with me [the election observer] to catch the mistake, it is safe to assume that those ballots would’ve been counted as if they had been verified.”

State Farm Arena in Atlanta is the location where poll watchers were told by election officials that counting had stopped for the day, only for surveillance video to reveal it resumed later in the night.

The report concluded that “the truth about what happened on the night of November 3rd between 10:30 PM and 11:52 PM [at State Farm Arena] continues to be elusive … but if the poll watchers are correct, then there is a serious problem.”

Amero has set a hearing for Friday to determine what protocols will be followed for the absentee ballot review and scanning.

He reaffirmed that petitioners will be able to both “inspect and scan absentee ballots.”

The Western Journal reached out to Jones and the Georgia Secretary of State’s Office for comment for this story but did not receive an immediate response.