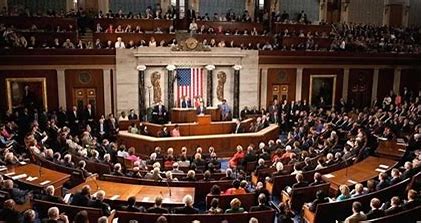 WASHINGTON (AP) — The Senate has voted to begin work on a nearly $1 trillion national infrastructure plan, acting with sudden speed after weeks of fits and starts once the White House and a bipartisan group of senators agreed on major provisions of the package that’s key to President Joe Biden’s agenda.

Biden welcomed the accord as one that would show America can “do big things.” It includes the most significant long-term investments in nearly a century, he said, on par with building the transcontinental railroad or the Interstate highway system.

“This deal signals to the world that our democracy can function,” Biden said ahead of the vote Wednesday night. “We will once again transform America and propel us into the future.”

After weeks of stop-and-go negotiations, the rare bipartisan showing on a 67-32 vote to start formal Senate consideration showed the high interest among senators in the infrastructure package. But it’s unclear if enough Republicans will eventually join Democrats to support final passage.

Senate rules require 60 votes in the evenly split 50-50 chamber to proceed for consideration and ultimately pass this bill, meaning support from both parties.

The outcome will set the stage for the next debate over Biden’s much more ambitious $3.5 trillion spending package, a strictly partisan pursuit of far-reaching programs and services including child care, tax breaks and health care that touch almost every corner of American life. Republicans strongly oppose that bill, which would require a simple majority, and may try to stop both.