Influx of Illegal Immigrants Should be on Our Minds: We Must be Weary for our own Protection 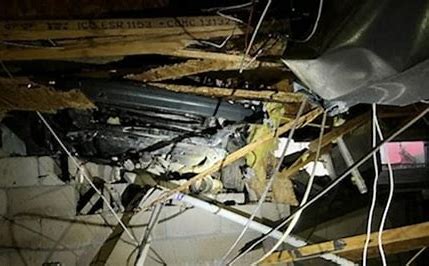 Gov. Murphy has ‘welcomed’ scores of ‘illegals’ from Afghans taking advantage of the US Military collapse there, to the border invasion currently going on in the United States thanks to ‘where am I’ Joe Biden.

Shore Network News reported last week “Undocumented Driver (sic. illegal immigrant) Plows Into Toms River Home Also Had No Insurance, Police Report.” (It’s amazing that the fact he had no insurance is actually reported; did you expect any insurance company to insure an illegal?)

The driver of this vehicle—an illegal—crashed into a home in Toms River on Cox Cro Rd. State inspection officials have now assessed the home to be unsafe as a result.

No doubt the homeowner insurance coverage will sue the the state. You the Tax Payer will be paying for that lawsuit.

But even more important than the tax bill is YOUR SAFETY. Sadly there is nothing we can do about changing this situation. The damage done over the last 40 years as a result of immigration abuse has hurt America and her citizens.

Ronald Reagan famously used to say, “Vote with your feet.” Take advantage of each election day and vote accordingly.

17 thoughts on “Influx of Illegal Immigrants Should be on Our Minds: We Must be Weary for our own Protection”