In Yet Another Snub to the Parents and Citizens of Lakewood, the Local BOE Stands out as the Only Township in the State that will Continue to Force its School Children to Wear Masks 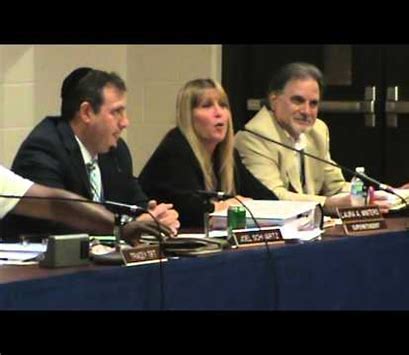 This comes as even the heavy handed authoritarian Governor of New Jersey, Phil Murphy has removed the mask restrictions.

As reported by the Asbury Park Press, while anyone opting to wear masks may do so, the stae mandated restriction is removed.

“New Jersey school districts will be allowed to determine whether students have to wear masks indoors beginning in September in a move announced by Gov. Phil Murphy on Monday, ending a statewide mask mandate for all schools.“

“The announcement is a reversal of Murphy’s stance from just last month, when he said most elementary and middle school students would likely be required to wear masks at least at the beginning of the next academic year, when K-12 schools return to full-time, in-person learning.”

“That stance led to a large demonstration earlier this month outside the Statehouse by some parents who called for an end to the mask mandate.“

“But on Monday, Murphy said only a “dramatic” setback in the battle against COVID-19 would cause him to reinstate a statewide mask mandate.”

But at least one district, Lakewood Public Schools, is instituting tight restrictions that will require masks on all students and staff, temperature checks before entering school buildings and boarding buses, and plastic dividers on every desk.

Lakewood, which has 5,600 students, also plans to make plastic shields available for both staff and students and provide each student with a cloth face masks, according to a 153-page reopening plan issued in June  that also touted the benefits of in-class learning and claimed children have a lower infection rate.

While it has been underscored by the Ocean County Department of Health that Lakewood is one of 5 Townships whose resident vaccine recipients remain at a low 32%, it would seem as though the Lakewood BOE has chosen to punish the children by forcing the adults to vaccinate.

Parents in the Lakewood community are outraged by this heavy handed approach. Parents are planning to organize a protest to the Lakewood BOE