In-Depth Dig into the New Law Passed By Gov. DeSantis in Florida with Regard to Disney’s Former Tax Status 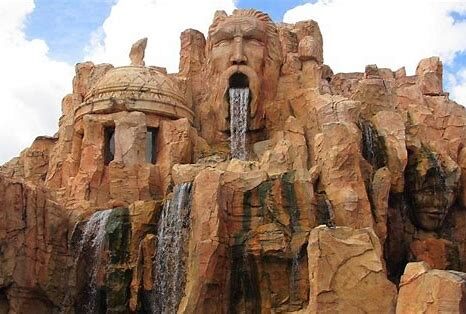 The Reedy Creek Improvement District’s (RCID) Board of Supervisors meets on April 27 for its regularly scheduled monthly meeting at the district’s offices on Hotel Plaza Boulevard in Lake Buena Vista.

On the agenda is an appointment, an amended work order, and a proposed solar power purchase agreement—typical stuff for a special district accorded most of the authority, and responsibilities, of a municipality under Florida law.

Not on the agenda, but likely to come up, is the bill passed by Florida lawmakers last week and signed by Gov. Ron DeSantis on April 22 that gives the five-member board 14 months to manage the dissolution of their 38-square-mile district by June 1, 2023.

RCID is a special independent taxing district created in 1967 by Florida lawmakers to serve as the governing jurisdiction for more than 25,000 acres owned by Walt Disney World Resort’s six theme parks spanning Orange and Osceola counties.

It includes the incorporated cities of Bay Lake and Lake Buena Vista, combined population of 53 people in 2020, and provides government services such as fire protection, emergency services, water, utilities, sewage, and infrastructure for an average of 250,000 daily Disney World visitors and its 80,000 employees.

With last week’s special session adoption and swift signing of Senate Bill 4-C, Reedy Creek is among six special districts being dissolved across the state because they were not re-certified after Florida’s new Constitution was ratified in November 1968.

Of course, this is not just statutory housekeeping—lawmakers and DeSantis are responding to Disney’s criticism of House Bill 1557, the state’s Parental Rights in Education Act, dubbed the “Don’t Say Gay” bill by opponents.

“Our goal as a company,” the statement continued, “is for this law to be repealed by the legislature or struck down in the courts, and we remain committed to supporting the national and state organizations working to achieve that.

“We are dedicated to standing up for the rights and safety of LGBTQ+ members of the Disney family, as well as the LGBTQ+ community in Florida and across the country.”

On April 22, DeSantis referred to Disney’s pledge when he signed SB 4C in Hialeah.

“Incredibly, they say, ‘We are going to work to repeal parents’ rights in Florida,’” the governor said. “And I’m just thinking to myself, you’re a corporation based in Burbank, California, and you’re going to marshal your economic might to attack the parents of my state. We view that as a provocation, and we’re going to fight back against that.”

SB 4C was adopted quickly during a four-day special session to great conservative media fanfare but, ultimately, it may be more show than tell.

The bill allows the six independent special districts “to be re-established on or after June 1, 2023,” should it be deemed the best outcome after assessing the impacts of dissolution.

RCID has one “resident elector”—Disney World.

Disbanding the 55-year-old RCID could have significant impacts on Orange and Osceola county taxpayers, who would assume responsibility for water, sewer, electric power, and public safety services for millions of visitors, and workers now provided by the district’s 370 employees, including 200 first-responders in four fire stations.

According to Orange County tax collector Scott Randolph, Reedy Creek collects about $105 million a year to provide services inside Disney World, essentially taxing itself. Once the special taxing district is dissolved, that special taxing power is defunct.

“If Reedy Creek goes away, the $105 million it collects to operate services goes away. That doesn’t just transfer to Orange County because it’s an independent taxing district. However, Orange County then inherits all debt and obligations with no extra funds,” he said in a series of Twitter statements since last week.

In addition, Randolph said, the counties would also absorb between $1 billion and $1.7 billion in RCID bond debt.

Under Florida statute, those liabilities are transferred to local governments. In this case, that’s the cities of Bay Lake and Lake Buena Vista, and Orange and Osceola counties.

The move “reflects the lack of clarity regarding the allocation of the RCID’s assets and liabilities, including the administration of revenues pledged to approximately $1 billion in outstanding debt, following the dissolution of RCID or its re-ratification on or after June 1, 2023,” the rating agency said.

If transferred as now configured, Randolph said, Orange County taxpayers could inherit up to $58 million annually in bond debt payments.

The county could create a municipal servIces benefit unit (MSBU) to recapture Disney revenues and a new special tax district of its own to address the bond debt, he said, but tax rates would be capped below that of RCID’s, meaning local taxpayers could be saddled with bond debt and less revenue to pay it off.

Disney World was silent through mid-day on April 25 and the RCID board reserved, issuing a statement on April 22 that said it “expects to explore its options while continuing its present operations” and pledged to ”fulfil the terms of any agreement made with the holders of any bonds or other obligations of the district.”

“If we had to take over the first response and public safety components for Reedy Creek with no new revenue, that would be catastrophic for our budget in Orange County. It would put an undue burden on the rest of the taxpayers in Orange County to fill that gap,” Mayor Jerry Demings told reporters last week.

Osceola County is essentially saying nothing.

“Osceola County Government will begin an analysis to understand the impacts in preparation for this going into effect, including evaluating any shifts in cost to Osceola as a result,” it said in a statement.

“As Disney and Reedy Creek have been self-contained, we are uncertain of what fiscal responsibilities will be encumbered after June 2023.”

Demings said the bill was adopted too quickly to ferret through the fallout.

“I believe [lawmakers] have not adequately contemplated the ramifications of what they have proposed at this point,” Demings said. “It’s obvious this is political retribution that is at play here.”

In its government sector impact, the analysis maintains, “The bill will have an indeterminate fiscal impact on those local general-purpose governments that will assume the assets and indebtedness of an independent special district dissolved by the bill.”

The Florida Association of Special Districts (FASD) also questioned “the rushed process” in which the bill was passed.

“There is little understanding of the full impact these districts could face, as well as the state of Florida,” FASD executive director David Ramba said in a statement. “We do, however, appreciate the 14-month period before the impact of [the bill] takes effect so we can fully investigate what this would mean to the six districts.

“We will work diligently with the legislature and executive branch on the essential roles these districts play in their separate communities.”

Rep. Randy Fine, (R—Palm Bay), who sponsored the House version of SB 4C, told reporters last week that claims, such as local taxpayers paying an extra $1,000 a year because of the bill, are knee-jerk reactions to changing a system that needed to be overhauled.

Over the next 14 months, he said, the state, local governments, and Reedy Creek will figure out a way to pay for services without penalizing local taxpayers, and tap into the resort’s property taxes to pay down bond debt; Disney is Florida’s largest property taxpayer, paying $280 million in ad Valorem taxes between 2015-20.

According to the Florida Department of Economic Opportunity (DEO), there are 1,844 special districts in the state. There were 132 special districts adopted before state ratified its new Constitution in 1968, Fine said.

All were required to be re-certified. RCID was among the six that failed to do so and thus warranted the scrutiny, he said.

The reassessment could prove beneficial for taxpayers, Fine said.

The fallout from the bill isn’t restricted to speculating about its financial impact.