How much Russian Money Flows onto US University Campuses? 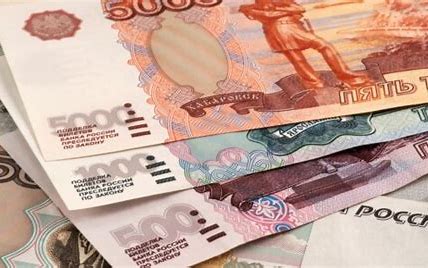 Russian state-backed entities have contributed millions of dollars to organizations in the United States in order to gain influence. Unfortunately, at American post-secondary institutions, it is difficult to track where money is coming from.

Section 117 of the Higher Education Act governs how universities report foreign contributions they receive. A review of the Department of Education’s current practices shows significant issues with how the information is reported. Absent reforms, Congress and the general public have limited awareness of how much foreign money flows onto our campuses, making it difficult to track the full extent of Russian contributions. But despite the limits of the various Department of Education databases showing foreign contributions, we can find several trends regarding Russian donations to American post-secondary institutions.

Overall, Russian individuals and organizations reportedly contributed $150 million to post-secondary institutions since data started being collected in the 1980s. In the 2014-2020 period, the Department of Education reported over $100 million in contributions from Russian entities to American post-secondary institutions. Out of the contributions listed in the 2014-2020 period, $37 million had the giftee name of “NA,” meaning we don’t know what entity within Russia made the contribution. Anonymity proves to be an issue in other ways as well. We know Yale received $2 million in annual contributions from 2014 to 2016, but since the donor is listed as “Anonymous #23,” it is difficult to know if that money was from someone with the best intentions or not.

With $87 million in donations either not having a giftee name due to being part of the larger dataset or having a giftee name of “NA” in the detailed dataset, it is difficult to understand the full scope of Russian influence. To be clear, it’s likely that the amount of Russian money flowing to American colleges and universities is much greater than what has been reported based on lax compliance and enforcement.

The largest entity with a name is the Skolkovo Foundation, a nonprofit organization tasked with modernizing the Russian economy and developing startups. The foundation donated over $51 million to various American post-secondary institutions, but mostly the Massachusetts Institute of Technology.

MIT ended part of this relationship in 2018 when it ousted Victor Vekselberg from its board. That said, in 2019, MIT signed a five-year partnership despite the Education Department investigating the university over its poor compliance reporting Russian money.

Fortunately, some in Congress are working to improve transparency about foreign contributions. The Senate-passed US Innovation and Competition Act and the House-passed America COMPETES ACT would amend the 1986 law to expand reporting requirements and establish new enforcement mechanisms.

Both would lower the monetary threshold for reporting. USICA would lower the threshold for disclosures from $250,000 to $50,000 and require more information about the source of funds. It would also authorize the Department of Education to penalize institutions that fail to comply with the law.

Yet the basic point stands.

4 thoughts on “How much Russian Money Flows onto US University Campuses?”