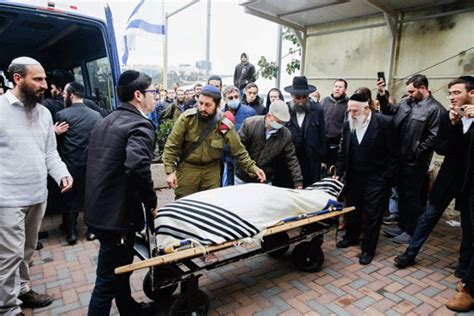 Overnight, the IDF set up an improvised checkpoint on the way to the Homesh settlement in northern Samaria and blocked access to the settlement.

“During the last night, forces arrived at the scene and closed the entrance to the settlement. The army also placed new concrete blocks at the site, which completely blocked the access, and an IDF jeep does not allow Jewish vehicles to reach the settlement,” said Shmuel Wendy, the yeshiva dean.

Wendy added, “This is an inconceivable absurdity. It is simply a reward for terrorism. Instead of an appropriate Zionist response, the army wants to evacuate the settlement in response to the murder of Yehuda Dimentman. The people of Israel will not let this happen.”

In response to the blockade by the army, the students of the Homesh Yeshiva decided to erect makeshift buildings overnight. This morning, the Border Police and the police arrived at Homesh and removed the students from the buildings that had been erected.

The yeshiva emphasizes that the Homesh Yeshiva has existed for over 15 years at the location. It was established about a year and a half after the deportation from northern Samaria and has been operating there ever since. Rosh Yeshiva Rabbi Elishama Cohen said: “For 15 years we have been in Homesh, studying Torah and maintaining the Jewish hold on the place. The response to the murder of our dear student Yehuda must be the repealing of the Disengagement Law.”