Here’s Where Mask Mandates Stand Across the United States 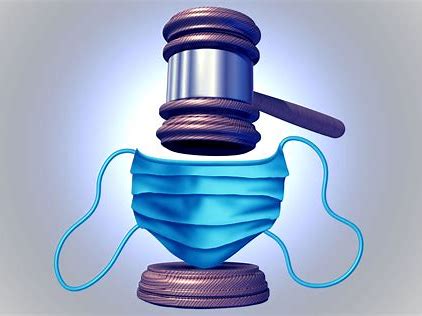 More states are reducing their mask requirements or lifting COVID-19 regulations altogether as dropping case numbers bring the United States closer to normality in the third year of the pandemic.

The U.S. has recorded more than 76 million cases of COVID-19, losing 900,000 lives to the disease, and administered 544 million vaccine doses, according to the Centers for Disease Control and Prevention.

Even as vaccinations increase and the daily average of new cases slowly decreases, some states remain wary of high transmission rates and arereluctant to lift regulations.

Here is the current position of mask regulations in every state across the country:

New York Gov. Kathy Hochul announced this week an end to a statewide rule that required masks indoors and proof of vaccination, citing the “tremendous progress” that has been made in the fight against COVID-19 as her reason for the shift in policy.

A number of Democratic-led states have decided to drop their statewide mask mandates in the coming weeks, marking a shift in policy from previous months.

California officials announced Feb. 7 that the state’s indoor mask mandate would expire Feb. 15 for individuals vaccinated against COVID-19, while unvaccinated individuals will still be asked to wear face masks while indoors.

Local jurisdictions in some states have the power to institute mask mandates. Despite California lifting its mask mandate this month, Los Angeles and portions of the San Francisco Bay Area have announced plans to keep their indoor mask mandates in place for the time being.

Gov. Kristi Noem of South Dakota was vocal about her state’s refusal to implement a mask mandate at any point during the pandemic. Ten other states joined her in refusing to compel face coverings.

The New Mexico Department of Health re-upped its indoor mask requirement for those ages 2 and older as some states started to drop the requirement. On Feb. 4, officials extended the mandate through March 4, saying current case numbers don’t forebode a change in policy. More than 6,500 New Mexicans have died from the disease, the state reported.