GOV. MURPHY Targeting Lakewood and others to Force Vaccinations 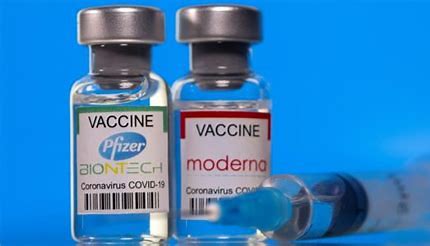 The Following article appeared in NJ.COM outlining Gov Murphy’s plan to force communities to get vaccinated. In a previous article, LAKEWOOD NJ was sited as the community with the least vaccinations.

Mr. Murphy, you have failed to take into account the thousands upon thousands of our community that have had the virus and have thus achieved heard immunity and don’t feel the necessity to take the risk to use a vaccination whose safety is now being questioned all over the world.

We believe that some of the terms used in the article to describe how your plan will be laid out are designed to FRIGHTEN OUR COMMUNITY INTO SUBMISSION.

WE WILL NOT BE FRIGHTENED INTO SUBMISSION. We hope that the other communities in NJ who you are planning to “invade” with your “BOOTS ON THE GROUND” campaign will resist your efforts to force us into compliance with the new woke fake science of Dr. Fauci and the bumbling CDC.

Our comments were added into the article and highlighted in red.

These 16 N.J. towns have fewer than 40% of residents vaccinated, Murphy says

As getting a coronavirus vaccine in New Jersey has become much easier, the state is starting to target towns where vaccine compliance is lagging, Gov. Phil Murphy said at his coronavirus briefing Monday.

Murphy spotlighted 16 municipalities with populations of more than 10,000 where fewer than 40% of eligible residents have received an initial dose. Murphy said the state is working with local officials to increase vaccination rates in these and other locations.

New Brunswick has the lowest vaccination level as of late Monday at only 24%, according to the governor’s office.

New Brunswick is followed by Irvington and Phillipsburg at 29% and Camden, East Orange, Pemberton, Perth Amboy and Trenton at 32%. New Jersey is making an effort to increase vaccine rates in municipalities where few vaccines have been given out. (Gov. Murphy’s office)

“Now, to be sure, this is not going to be a competition between towns and communities, or meant to shame any community, but having these numbers out there for everyone to see is important to ensuring that everyone is working and pulling together,” Murphy said, adding that the state is moving into “overdrive.” [ Does “overdrive” mean he will attempt to coerce the local population to take the vaccines?]

The governor said the officials will use several strategies to reach unvaccinated people, which the state has dubbed “Operation Jersey Summer.”

“Like any good campaign, we’re also putting an army of boots on the ground [“An Army of Boots on the ground?” Is this a MILITARY campaign of sorts? Are you trying to subliminally frighten local citizens letting them know that there are consequences for compliance?] safely knocking on doors in communities throughout the state,” Murphy said. “They will work directly in underserved communities, reaching out to residents with information and resources necessary that will help them make the decision to be vaccinated.” [We are intelligent adults and to not require your “HELP TO MAKE DECISIONS” about the vaccine]

Murphy said the state is making it easier to get vaccinated, with walk-up hours when people can get their doses at the state’s six mega-sites, adding that some people may not have gotten their vaccines because they were discouraged by difficulties getting an appointment. [NO SIR!! We are not “discouraged by the difficulties” rather we are discouraged by the increasing amount of information coming out that indicates the vaccines are NOT as safe as they were hyped to be.]

The state will also release hyper-local data to help officials target areas with low compliance. [Exactly what are you intending to release that qualifies as “Hyper-local data”. is this to be understood as a Faucian Propaganda tool to force us into submission?]

Murphy said the call center has been proactively reaching out to people who preregistered for vaccinations but who haven’t yet made an appointment, and the state will continue to work with faith leaders to vaccinate more people.

Free beer will even be dangled to entice people to get a vaccine.

“My office and the Department of Health, in partnership with the Brewer’s Guild of New Jersey, are teaming up to launch our new `Shot and a Beer’ program to encourage eligible New Jerseyans ages 21 and over to get vaccinated,” Murphy said. “Any New Jerseyan who gets their first vaccine dose in the month of May and takes their vaccination card to one of the following participating breweries as proof of vaccination will receive a free beer, courtesy of the participating brewery.” [Is it permissable to have Beer with the Vaccine? ]

Nearly 4.3 million people — about 62% of adults — have received at least one vaccine dose.

Update: This story has been updated with new data provided by the governor’s office.