Getting to the Bottom of the Nov 3 Election Controversy 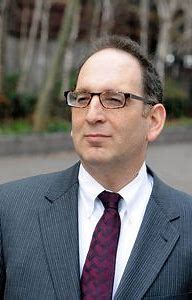 On Nov 3 of last year, the most surprising event took place between the hours of 11:30 PM and 5:30 the morning of Nov 4th. at roughly 11:30 PM, there was was a simultaneous series of events that took place in 6 states almost all at the very same time. A broken and serious toilet leak in Georgia, Machine troubles in PA., fatigue in Nevada, chaos in Arizona and just plain overwhelming turnout of people in Wisconsin and even greater overwhelming turnout of non-existent people in Michigan. And dealing with non-existent people can be the most tiresome.

We went to sleep with Former President Trump looking like the clear winner and woke up to Joe Biden receiving more votes than any—even the most popular—candidates to run in the history of the United States. The sum total of over 81,000,000 million votes, while the popular incumbent, who beat every single statistical challenge in voter dynamic, lost.

As an example, statisticians would say during every election that once a candidate hits 68,000,000 votes the likelihood that he would lose is next to impossible. Aslo, any candidate who wins both Florida and Ohio, especially along with all the red states cannot lose.

Well, I guess the impossible happened. Not only did Biden beat every statistical impossibility, but he received more votes, than there are registered voters in the United States. But what do I know!!

As a result of this, a handful of dedicated American politicians, lawyers, statisticians, media personalities, and many retired high ranking military officers—about 190 former Generals—set out to investigate and attempt to reverse what they referred to as “the big steal.”

The Leaders of the Fight

While there were many subgroups and a great deal of dedicated public servants who joined the fight, the lead team consisted of: Former Mayor of NYC, Rudolph Giuliani, in the capacity as personal attorney for Donald J. Trump, Whitehouse Counsel Teram member, Jenna Ellis, Former Assistant US Attorney and distinguished author of “License to Lie” Sidney Powell Nationally celebrated attorney Lin Wood.

Howard joined the team at the request of for Mayor Giuliani but eventually stayed on the team led by Sidney Powell as her senior associate.

In this interview we discuss how he came to join this effort, the contributions made, the dynamic of the fight and the status as it currently is. We hope this interview to be the first of many with this team.