Fly the “Not So Friendly Skies:” With Glee, United Airlines is Imposing a Harsh Vaccine Mandate on Its Crew Members 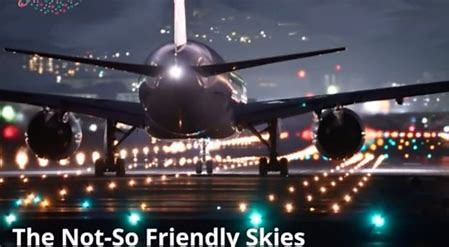 While other airlines have rescinded vaccine mandates for their employees, United Airlines is sticking to theirs. In fact, the airline’s CEO, Scott Kirby, appears to be doing so with glee, despite how he himself acknowledged the vaccine is “controversial.”

In a video from August, as reported on by Audrey Conklin with Fox Business, Kirby during an internal townhall warned employees who would dare try to claim such an exemption:

United Airlines CEO Scott Kirby appeared to take issue with those employees filing for exemptions, according to a video recording of an internal town hall for United pilots in August obtained by Fox News.

“By the way, there are going to be very few people who get through the medical and religious exemption. There’s some pretty strict rules about that. So, I would encourage any pilot that’s decided they all of a sudden, or any employee, that’s all of a sudden decided I’m really religious and I’m gonna say I’m gonna [sic], you’re putting your job on the line. You better be very careful about that, about doing that,” said Kirby.

This disdain looks to be a pattern for Kirby. As Tommy Christopher highlighted for Mediaite, Kirby appeared on CNBC’s during Wednesday’s “Squawk on the Street” When reminded that the 97 percent compliance rate still meant 593 employees would be fired, Kirby claimed he felt bad, but didn’t seem at all torn up about it. From Christopher:

A decidedly cheerful Kirby began by saying “Well, look, I’m really proud and gratified that the United team, excluding the people that have applied for religious or medical accommodation, over 99 percent got vaccinated. It proves that vaccine mandates do work, and that you can get a huge percentage of your workforce vaccinated.”

He went on to say that “I feel bad for the 593 people, the less than one percent, that are going to leave. But we were focused on doing the right thing for United Airlines. And it’s great to have this in the rearview mirror for us and the ability to just move forward now.”

It’s not enough for Kirby to deny exemptions to his own employees. A Live and Let’s Fly piece by Matthew Klint from October 22 covered Kirby’s comments at the United Third Quarter Earnings call in which he bemoaned testing requirements other airlines would implement rather than have a vaccine mandate. His remarks in part referenced:

But listening to other airlines that are now backing off those vaccine requirement and are going to encouraging employees to just all apply for an exemption and they’re likely to have tens of thousands of employees that need to be tested every week. This is a rear view mirror for United, this is not going to be an issue.

But can you imagine you have tens of thousands of employees, people forget to get their test, people do the test wrong, people don’t get it done, people test positive. And if you think whether in one state can lead to a meltdown, imagine if you have thousands of employees on one day calling in and saying for some reason, my test did not pass. I mean, it is going to be a huge challenge for airlines that are not implementing vaccine requirements.

Further, United Airlines has engaged in hypocrisy on the issue as well, considering unvaccinated passengers are still permitted to board.

Even a judge who in November denied a request from the airline workers to put the mandate on hold was disturbed by Kirby’s sense of glee. As Erik Larson reported for Bloomberg, U.S. District Judge Mark Pittman in Fort Worth, who was appointed by Donald Trump, said he was “disturbed by United’s seemingly calloused approach to its employees’ deeply personal concerns with injecting a foreign substance into their bodies.”

Judge Pittman mentioned that United even admitted in court that “there is virtually no chance to transmit Covid-19 on its planes.”

Kirby will soon be provided with a further platform. As David Shepardson reported for Reuters on Wednesday, “American, Southwest, United CEOs to testify before U.S. Senate panel.” The Senate Commerce Committee will hear such testimonies on December 15.

“As courts across the nation are striking down COVID mandates, United Airlines CEO Scott Kirby is entrenched in his position.  Nearly 2,000 of our members, United employees, are faced with an untenable choice this holiday season:  their job or a jab.  Meanwhile, in 2020 US Tax-payers funded billions in payroll support for airlines.  Today, United, a beneficiary of your dollars is terminating, not accommodating the very people Congress was trying to save,” Captain Walker said in a statement.

“AE4HF agrees with the federal judge hearing the United case who said he was ‘deeply disturbed’ by United’s intolerance of its employees’ legitimate medical conditions and religious beliefs.  We believe the US taxpayers should be concerned, too,” Captain Cox said,” Captain Cox said.

Kirby and some of his remarks in favor of demanding a vaccine mandate be put in place are referenced in an Inc. magazine piece from back in January. The lawsuits in question were from late-September. Yet the mandate continues to affect employees who are hurting from the mandate and such a boss.

A source familiar with the organization confirmed to Townhall that United Airlines employees are still being dismissed under the airline’s mandatory vaccination order. More employees are also expected to be let go through the first of the year.

3,634 thoughts on “Fly the “Not So Friendly Skies:” With Glee, United Airlines is Imposing a Harsh Vaccine Mandate on Its Crew Members”