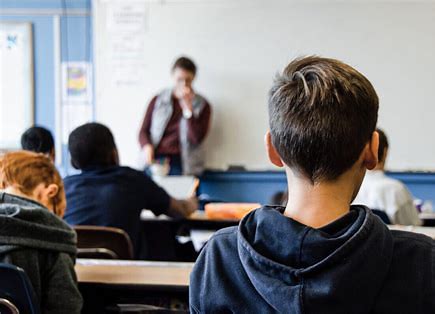 Florida’s House of Representatives on Feb. 24 passed a bill related to parental rights in education, which, among various measures, would ban discussions in classrooms about “sexual orientation or gender identity in certain grade levels or in a specified manner.”

The Republican-backed measure, HB 1557 (pdf), passed the House with a 69–47 vote, with mostly Republican support. It now moves to the Florida Senate for further debate.

A companion bill must also be passed in the state Senate—SB 1834 (pdf)—before the legislation goes to Gov. Ron DeSantis for his signature.

The proposed legislation has several provisions, but the controversial one that has received condemnation from left-leaning entities and public figures has been the bill’s ban on discussions about sexual orientation and gender identity in certain contexts.

“Classroom instruction by school personnel or third parties on sexual orientation or gender identity may not occur in kindergarten through grade 3 or in a manner that is not age appropriate or developmentally appropriate for students in accordance with state standards,” the Florida bill states.

“Little children do not have a fully developed prefrontal cortex. They don’t have that ability to understand things at a certain level,” Republican state Rep. Tom Fabricio said during debate ahead of the House vote.

But state Rep. Mike Grieco, a Democrat, said the bill is an attack on LGBTQ people. He called it “an anti-gay bill” and told fellow lawmakers that a vote for the bill means they can “never ever claim to be an ally of the LGBTQ community” because they are “voting to be an opponent.”

The House and Senate bills have been informally referred to by some media outlets as the “Don’t Say Gay” bills, which House Republicans say is an inaccurate term.

“A lot has been written and said about HB 1557, and most of it is wrong. Here is a fact check on the inaccurate tag line ‘Don’t Say Gay,’” Florida House Republicans said in a post on Twitter.

“Fiction: The bill bans the word ‘gay’ in classrooms. Fact: [T]his bill bans classroom instruction on gender identity and sexual orientation in kindergarten through 3rd grade and requires age and developmentally appropriate instruction in accordance with state standards for other grades,” the fact check reads.

The White House and President Joe Biden in early February issued statements on Twitter criticizing the bill, calling it “hateful.”

“I want every member of the LGBTQI+ community—especially the kids who will be impacted by this hateful bill—to know that you are loved and accepted just as you are,” Biden said on the same day. “I have your back, and my Administration will continue to fight for the protections and safety you deserve.”

The House bill’s sponsor, Rep. Joe Harding, a Republican, told the Tampa Bay Times on Feb. 18, “I want folks that oppose the bill to be really clear on what they’re actually opposing. I want them to go on record to say it’s OK for a six-year-old to have one identity in school and one at home because the school encourages that kind of behavior.”

Harding told Fox News prior to the House vote that the bill does not target LGBTQ people.

Besides barring discussions on gender and sexual orientation from kindergarten through third grade, the bill also “creates a course of action for the parent who is dealing with a school district that has decided [it is] going to become the parent,” Harding said.

The latter point is elaborated by another provision in the bill, which states that school districts “may not adopt procedures or student support forms” that block school district staff from “notifying a parent about his or her student’s mental, emotional, or physical health or well-being.”

Furthermore, school district staff “may not discourage or prohibit parental notification of and involvement in critical decisions affecting a student’s mental, emotional, or physical health or well-being.”

Harding noted that 13 school districts in Florida currently promote curricula that dissuade teachers from sharing with the parents of students matters related to sexual orientation or changing gender identity, and instead deferring such matters to the school district. “That’s just wrong,” he said.

If enacted, the bill would also allow parents to sue school districts in violation.