Fauci Led a ‘Systematic’ Effort to ‘Mislead the American People’ 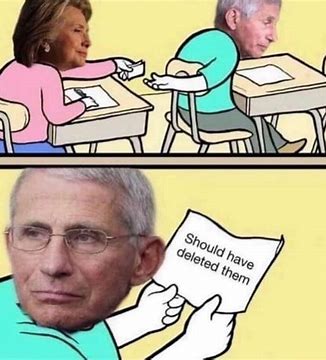 Senator Ted Cruz (R-TX) said on this week’s broadcast of Fox News Channel’s “Sunday Morning Futures” that the thousands of emails released from U.S. infectious disease head Dr. Anthony Fauci showed that he engaged in “an effort to mislead the American people.”

Cruz said, “I have to say this email dump that came out makes clear that this is not just being sloppy, it is systematic and systemically an effort to mislead the American people. As you noted, he wasn’t doing it alone, but he was doing it with much of the U.S. government behind him, and with Facebook and big tech operating as an extension of the U.S. government in order to silence any views that disagreed not with the science because he wasn’t looking for the science, he was suppressing the science but rather trying to silence anything that disagreed with the political narrative that was convenient that he was pushing at that moment.”

Discussing emails between about Facebook and Fauci, Cruz said, “It now is clear that Facebook was operating at the direction of and in the direct benefit of the federal government and operating as the government’s censor, utilizing monopoly position to censor on behalf of the government. That’s a dangerous admission that’s out there for Facebook because it means anybody in the country and anybody in the world whose statements, whose statement was censored by Facebook, if you went out and posted the facts that led a year ago to the very strong likelihood that the COVID virus escaped from a Chinese government lab in Wuhan, China, if you posted that a year ago and they took it down, I think there’s a very good argument that you have a cause of action against Facebook.”