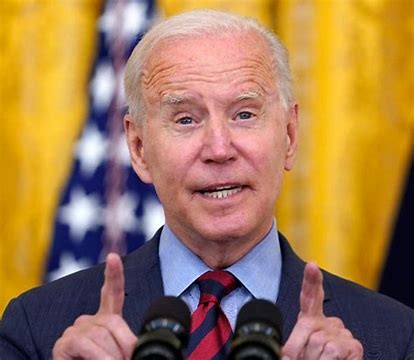 Defense companies and activists scrutinize such policies for insight into the administration’s posture as it balances the commercial interests of exporters like Lockheed Martin Co (LMT.N) and Raytheon Technologies (RTX.N) against the country’s stated commitment to human rights.

Details of the proposed shift have yet to be finalized and are being circulated to other, more export-friendly agencies like the Department of Defense, the people said. The Pentagon has traditionally advocated for putting weapons in the hands of allies so U.S. forces can rely on them more heavily in overseas conflicts.

One congressional aide involved in briefings on the matter said he expected any policy change would have the most impact on sales of smaller weapons such as assault rifles and surveillance equipment, which can be used by police or paramilitary forces against domestic populations.

A senior administration official confirmed that the new CAT policy was being worked on and “will help us build and maintain strategic partnerships that best reflect the values and interests of the United States.”

The revamped policy could affect sales to countries like the Philippines, where human rights groups have called for investigation of police use of lethal force during raids.

Sales of major systems, such as air defense systems or naval systems, could be slowed although they likely would still go ahead.

“In some cases it will add an extra layer to getting to yes on a particular case,” the congressional aide said.

Advocates of a stronger emphasis on human rights said the shift could affect sales to countries like Saudi Arabia and the United Arab Emirates, especially given pressure from the progressive wing of Biden’s Democratic Party over the toll on civilians of their raids in the civil war in Yemen. read more

“A new U.S. approach to arms sales is sorely needed. We must move beyond approaching arms sales as purely a transaction,” said Rachel Stohl, vice president at the Stimson Center in Washington.

“Overall, the Biden people seem to be in the same mode as the Trump people in promoting arms exports,” the congressional aide said, noting that the tempo of weapons sales under the Biden administration is about the same as under Trump.

The United States is easily the world’s biggest arms merchant, selling over $100 billion in weapons, services and training a year.

Trump, a Republican who favored weapons sales as a way to create U.S. jobs, rolled out in 2018 a new version of the CAT policy that gave commercial concerns as much weight as human rights in deciding whether to approve weapons sales.

Trump himself promoted arms deals in meetings and conversations with foreign leaders, including pressing the emir of Kuwait to move forward with a $10 billion fighter jet deal.

He controversially cast aside congressional review of major arms deals to push through a massive sale of smart bombs and other weapons to Saudi Arabia and the UAE, despite concerns about the Yemen war and murder of journalist Jamal Khashoggi.

Trump said Riyadh was spending billions “on the purchase of military equipment from Boeing, Lockheed Martin, Raytheon and many other great U.S. defense contractors” and canceling the contracts would be “foolish.”