BREAKING: Durham Bombshell: Clinton/Perkins Coie Allies SPIED on Trump While He Was President 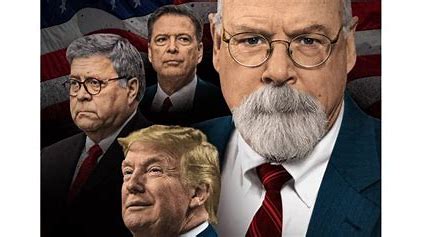 Special Counsel John Durham is responsible for the indictment of John Sussman, who lied to the FBI about his ties to Alfa Bank.  Alfa Bank was the entity involved in a ridiculous conspiracy theory about Trump’s alleged ties to Russia.

Sussman has deep ties to the Perkins Coie law firm, the anti-Trump firm deeply involved in Russiagate. He lied about his connections to Hillary Clinton’s losing 2016 election campaign against former President Donald Trump, according to CNN. That led many to believe the Sussman indictment was only the beginning.

The other shoe has dropped.

CLINTON’S CAMPAIGN PAID FOR THE SPYING

According to Durham, Trump was indeed spied on, even while serving as President. The culprits were outside allies of Perkins Coie. The spying extended beyond Trump Tower to the actual Office of the President.

The Clinton campaign paid the tech company to hack servers in former President Trump’s residences and the White House to gather derogatory information on him.   The tech, Tech Executive-1, was Rodney Joffe, no fan of Trump’s

“Tech Executive-1 and his associates exploited this arrangement by mining the [Executive Office of the President] for the purpose of gathering derogatory information about Donald Trump,” Mr. Durham wrote.

These are Hillary Clinton associates and allies of a law firm that was digging up dirt, real or imagined, on Donald Trump for Clinton’s campaign and the DNC.

Democrats paid these people to infiltrate the White House servers.

Where were the DoJ, FBI, CIA on this? Why did it take John Durham to uncover this criminal conspiracy?

He might be closing in on Hillary Clinton and her minions. Hopefully, Durham stays healthy.

This is a major scandal and nothing else comes close but Democrats can do anything they want without any accountability.

Donald Trump was vilified and mocked for saying he was spied on but he was right all along.

Donald Trump has responded, saying it reveals the depth of the Democrats’ scheme to undermine his presidency. He said it provides “indisputable evidence” that his campaign and president were spied on by Clinton campaign operatives.

“This is a scandal far greater in scope and magnitude than Watergate and those who were involved in and knew about this spying operation should be subject to criminal prosecution. In a stronger period of time in our country, this crime would have been punishable by death.”

Obviously, he thinks these people are traitors. They are, aren’t they?

Rodney Joffe and his friends at Georgia Tech spied on Trump’s Internet traffic while he was President. Joffe is the tech executive who claims to have been offered a top job in a Hillary Clinton administration. He funneled the info from his spying operation on Trump to Michael Sussmann, Clinton’s campaign lawyer.

3 thoughts on “BREAKING: Durham Bombshell: Clinton/Perkins Coie Allies SPIED on Trump While He Was President”