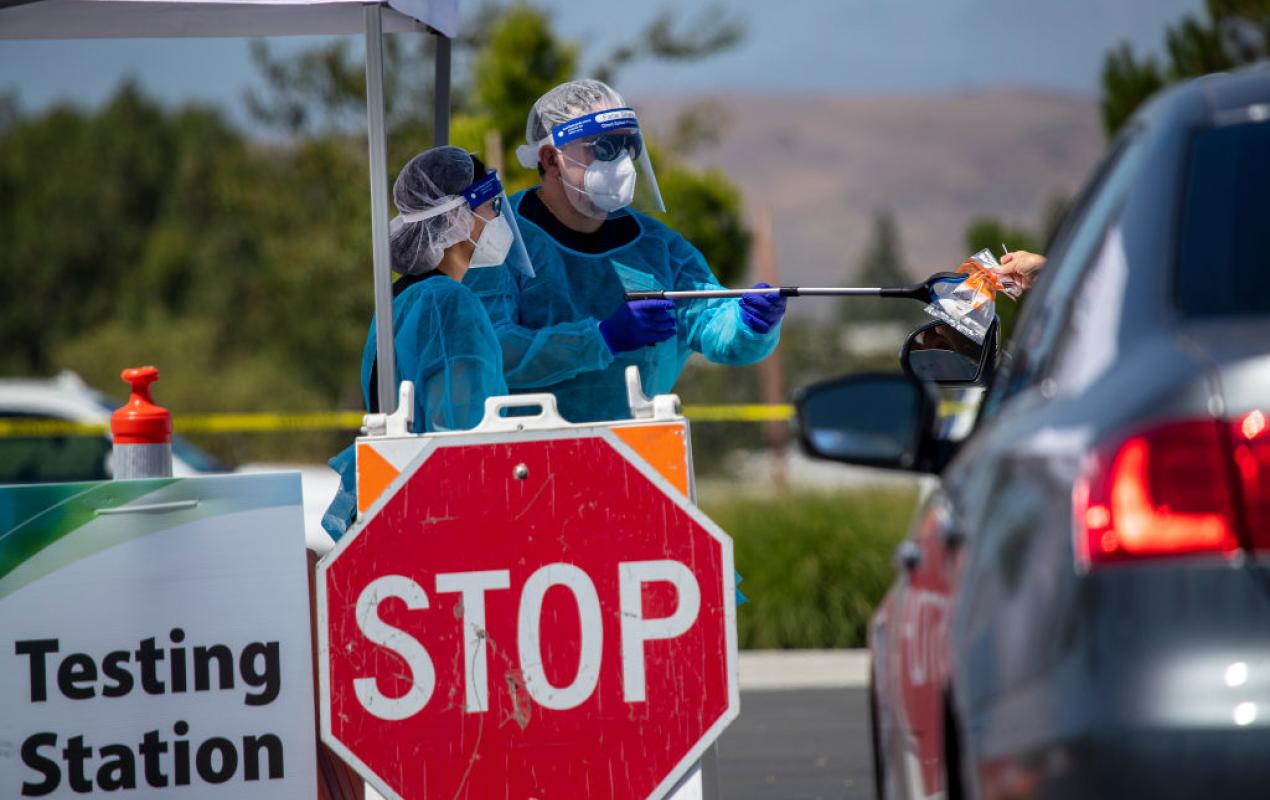 Scientists are struggling to explain the major, ongoing drop in Covid cases nationwide, with experts pointing to a variety of explanations including possible herd immunity, compliance with mitigation orders and rising vaccination rates as possible causes.

Positive Covid tests skyrocketed throughout the fall and winter, with positive tests reaching a high of just under 300,000 one day in early January.

Following that peak, cases tumbled downward in what was effectively an unbroken decline in positive test results for two months. Daily caseslate last week reached levels not seen since October. The decline appears to have leveled off, but rates remain significantly lower than at the beginning of January.

It is by far the most sustained drop the country has seen since the pandemic began, made all the more astonishing by the fact the drop began almost immediately after the end of the holidays. Public health officials had issued dire warnings that holiday get-togethers, increased travel and more face-to-face contact among Americans would lead to runaway transmission and death rates.

Cause for major drop uncertain

The welcome news has nevertheless been perplexing for many scientists who are struggling to explain why Covid cases are plunging so sharply.

Robert Cook, a professor of epidemiology at the University of Florida, admitted that it’s “hard to explain exactly what is the contributing the most” to the plunge.

“I do not think the country has reached herd immunity (although it is possible that a subset of the population who go out to bars, etc, has),” he said. “But I think the combination of vaccinations while people still follow social distancing protocols is helping.”

Some health officials have proposed that the U.S. may indeed be reaching sufficient levels of immunity necessary to naturally blunt the virus’s progress. That argument was advanced by Johns Hopkins Prof. Marty Makary in a Feb. 19 op-ed in the Wall Street Journal. “At the current trajectory, I expect Covid will be mostly gone by April, allowing Americans to resume normal life,” Makary wrote.

However, Cristian Koepfli, a molecular epidemiologist at the University of Notre Dame, claimed it is “very unlikely” that the U.S. is nearing that milestone.

“Approximately 60% of the population need to get infected or vaccinated in order to reach herd immunity,” he said. “As of [last week], less than 10% of the population have tested positive. Certainly a lot of infections went undiscovered, but it seems very unlikely that 7-fold more people were infected than what we know.”

Divining the true number of infections in the U.S. has been a contentious question over the past year. Then-CDC Director Robert Redfield in June of last year claimed that, based on serological evidence, infection rates were actually 10 times higher than positive case numbers.

Arguing, like Cook, that COVID mitigation measures are helping drive the numbers down, Koepfli said the country should “absolutely not” relax any of those rules just yet.

Whether or not those policies are indeed having the claimed effects is as of yet not certain. One question left unresolved by such claims is why such mitigation measures would have started to work only after nearly three months of skyrocketing case rates.

Some experts have argued that Americans likely changed their behavior at the tail-end of the holidays, leading to the drop in cases. “If I were ranking explanations for the decline in COVID-19, behavior would be No. 1,” Ali Mokdad, a global health professor at the University of Washington, told the Atlantic this month. “If you look at mobility data the week after Thanksgiving and Christmas, activity went down.”

National mobility data, however, actually indicate a relatively modest decline in travel throughout the U.S. after the holidays, complicating the effort to cite such behavior in explanation of the unprecedented drop in cases.

The ultimate explanation for the plunge in cases will likely take months if not years to fully explain, though Cook from the University of Florida said the natural ebb and flow of the virus — what epidemiologists call “seasonality” — might be a factor.

“While this is a coronavirus, and not a flu virus, they often do seem to recede at the end of a season,” he said. “While it’s extremely difficult to prove, the natural history of the virus in terms of months of the year could be also playing a role.

“If the current trends continue, then I could see things opening up sooner than projected [due to] a combination of many things — not one specific strategy.”