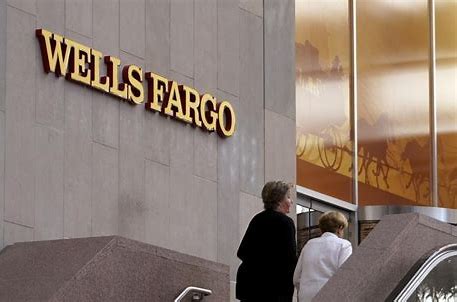 The economic news today is not good. First, the stock market took a huge slide downward as investors’ concerns over the worldwide failure to put COVID in check weighed heavily on the minds of all. Second, the financial sector was hard hit, with major institutions taking substantial hits. Third, for those who fantasize such news does not directly affect consumers, one institution announced it was sunsetting all personal lines of credit.

Topping the trio of bad news was the stock market, which closed substantially down. From FOX Business:

U.S. stock markets were under pressure Thursday as the spreading of COVID-19 variants sparked concerns over global growth.

The sharp selloff in the stock market has driven investors into the bond market, pushing the benchmark 10-year yield down by 5 basis points to 1.27%, the lowest since Feb. 16

In Europe, France’s CAC 40 and Germany’s DAX 30 declined 2.28% and 1.74%, respectively, after the European Central Bank tweaked its inflation target to 2% “over the medium term.” The central bank will allow for inflation to run above the level for a brief time.

Does the name Lehman Brothers ring a bell? With the current administration and party in control of Congress hellbent for leather to repeat the exact same financial suicide that led to the 2008 disaster, one is best advised to not sleep on this news.

Finally, one of the aforementioned financial institutions is already taking their bad mood out on consumers:

Wells Fargo will no longer be offering personal lines of credit to customers.

In a statement to FOX Business, the bank confirmed the move, first reported by CNBC.

“As we simplify our product offerings, we made the decision last year to no longer offer personal lines of credit as we feel we can better meet the borrowing needs of our customers through credit card and personal loan products. We realize change can be inconvenient, especially when customer credit may be impacted. We are providing a 60-day notice period with a series of reminders before closure, and are committed to helping each customer find a credit solution that fits their needs” according to a company spokesperson.

An industry expert has stated the Wells Fargo decision is not as troubling as the stock market losses:

The Wells Fargo thing, as ugly as it is for some customers, is most likely much ado about nothing. Unlike the other big banks, Wells Fargo is in the banking regulators’ “penalty box” because of some ugliness related to that fake account scandal they had a few years ago. Their “penalty” is that they have a ceiling on how big their balance sheet can get. Once they hit it, they can’t make any more loans. The product that is being discontinued, the personal line of credit, is one that is typically only offered to people with extremely good credit. The interest rate is therefore low, and as products go it is not one of the more profitable things they do. But because they are outstanding loans and count toward the loan ceiling, Wells Fargo has had to pass up making much more profitable auto loans or taking on new credit card customers. Meanwhile the other Big Guys are grabbing new customers and making money hand over fist because they are not subject to a loan ceiling.

The usual practice would have been to let attrition make these lines of credit go away over many years. To actually “shutter” them is quite rude. But it doesn’t look like they are shuttering the loans because they are in any sort of financial difficulty; they just want to get rid of some lower-profit customers so they can chase more high-profit customers. Long run this is probably a losing move for them because the people they are “inconveniencing” are A-list customers that any bank would be happy to take away from them.

How this will evolve is unclear. But it’s decidedly unsettling for those contemplating a future beyond next week.