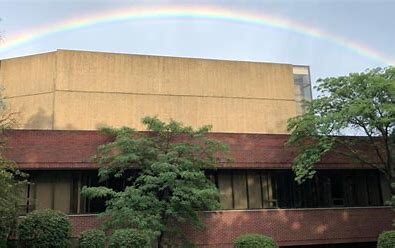 A synagogue in the Detroit area received a bomb threat on Friday that turned out to be a hoax, the Detroit News reported.

Adat Shalom Synagogue in Farmington Hills detailed the “cruel hoax designed to terrorize our communities” in an email sent to its members.

The message from Rabbi Aaron Bergman said that the synagogue’s office received a call from a number with an area code from another state at approximately 3 p.m. on Friday. The person on the phone told them that they had placed a pipe bomb in the synagogue.

The synagogue was quickly evacuated without incident. Police and Federation security were called. The police searched the building with dogs but did not find any bombs.

“So far this seems to be a cruel hoax designed to terrorize our communities,” Rabbi Bergman wrote. “We will not allow these terrorists to win. However, out of an abundance of caution, and in order to allow the police to fully investigate every part of the building

“Purim reminds us to always be strong and never give up who we are. It was true for our ancestors. It is true for us today,” he said.Related articles:

The synagogue’s executive director Michael Wolf told the Detroit Jewish News that there were between five and 10 people inside the building when the bomb threat was made.

“We did what we had to do when we answered the phone call and made sure everyone was safe,” Wolf said. “We’re grateful for the tremendous work the Farmington Hills Police and firemen do, for our rabbis and clergy and we’re grateful to have a caring congregation that looks out for each other.”

The ADL’s latest Audit of Antisemitic Incidents in the United States, which was released in April 2021, found that incidents of antisemitism in Michigan had risen 21 percent from the year before, and represented an increase of 240 percent since 2016. The 51 reported incidents in Michigan was the eighth highest in the country.