DeSantis Torches Reporter, Asks Why Iran Leader Allowed To ‘Talk About Killing Jews’ On Social Media But Trump Is Banned 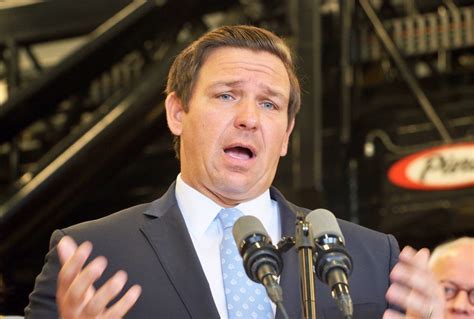 “You’re loyal to former President Donald Trump, and Donald Trump is now a resident in Florida and he was de-platformed,” the unidentified reporter asks. “Is this bill for him?”

“The bill is for everyday Floridians, this is what we’ve said and it will allow any Floridian to be able to provide what they’re doing. But I do think that’s another issue that has been brought to bear: when you de-platform the president of the United States but you let Ayatollah Khomeini talk about killing Jews, that is wrong,” DeSantis said, referring to the Supreme Leader of Iran.

The crowd went into thunderous applause in response.

DeSantis‘ remarks received a standing ovation and a barrage of cheers and support.

Twitter has come under fire for not censoring Khomeini after he called Zionists “filthy” while condemning the United Arab Emirates, among other statements he made on the platform.

While others were quick to call for censorship, Twitter chose not to censor the leader of Iran.