Dershowitz Predicts Charges Against Trump Organization’s CFO Will Be Tossed 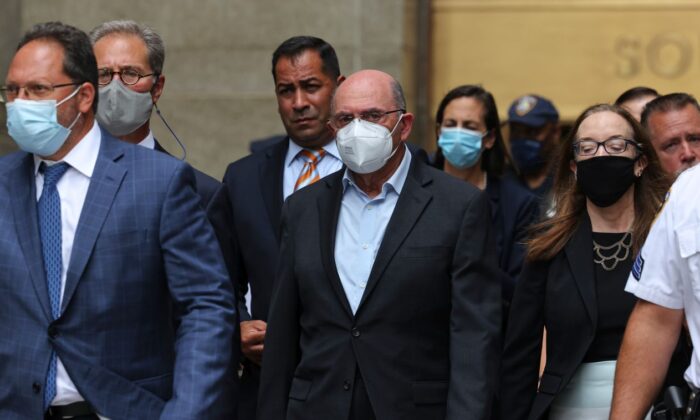 “You can’t get a city district attorney indicting somebody for failing to pay federal income taxes when the IRS hasn’t even gone after him,” Dershowitz said in a July 3 interview with Newsmax. “One of the charges, a major charge, is grand larceny against the United States government.

“That shows the extent to which they are prepared to stretch existing law and the Constitution to give them authority over federal taxes. It’s absurd.”

On July 1, The Trump Organization and its chief financial officer, Allen Weisselberg, were charged in what New York prosecutors called a “sweeping and audacious” tax fraud scheme in which Trump’s company and Weisselberg allegedly cheated the state and city out of taxes by conspiring to pay senior executives off the books by way of fringe benefits, such as apartment rent and car payments.

Prosecutor Carey Dunne said in court that the alleged scheme was “orchestrated by the most senior executives” at the firm and got “secret pay raises at the expense of state and federal taxpayers.”

Weisselberg and attorneys for The Trump Organization have pleaded not guilty.

Dunne pushed back on the claim, saying that “politics has no role in the jury chamber, and I can assure you it had no role here.”

“I believe the political forces driving today’s events are just that. It’s political, politically driven, notwithstanding the statements by my colleague at the DA’s office in court today,” Futerfas said.

Weisselberg himself has been accused of defrauding the federal government—along with New York state and New York City—of more than $1 million in unpaid taxes and tax refunds for which he was ineligible.

The most serious charge against Weisselberg, grand larceny, carries a sentence of between 5 and 15 years behind bars.

Dershowitz told Newsmax he believes the charges against Weisselberg, who has intimate knowledge of The Trump Organization’s financial dealings, are a pressure tactic to get him to testify against Trump’s company.

“If he doesn’t turn, they will sentence him to prison, probably will not be a long prison term. Generally for crimes like this relating to a relatively small amount of taxes, there’s either no prison time or a small amount in prison time,” Dershowitz told the outlet.

“That’s the goal, to try to get people like him to testify against the higher-ups,” Dershowitz said. “The ultimate goal here obviously, is Donald Trump. And the question is, will they get people to turn on him?”

This comes as Trump has been discussing a possible comeback run for president in 2024.