Day 34: Team Biden Wants White And Asian Americans At The Back Of Line For Vaccines. 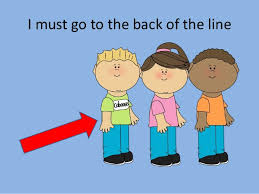 Keeping Vaccines Away From the “Wrong” Recipients.

On Tuesday, a fresh round of media outrage emerged over the circulation of online access codes that allowed “wealthy, privileged” (read: “white and Asian“) Los Angeles locals to schedule coronavirus vaccinations that were intended for other minorities.

Yes, you read that right.

Here’s background on how the program is supposed to work:

“We have set aside a number of vaccines a day for local community organizations who can may [sic] serve non-English speakers, elderly people … any number of people who may need a vaccine but may not be able to access it via an online system,” said Brian Ferguson, a spokesperson for the California Governor’s Office of Emergency Services, which is managing vaccine distribution at Cal State LA and the Coliseum. “Each group is allotted a group of appointments. Those individual community organizations may have 50 or 100 slots and there’s an access code to access these appointments on the My Turn website. We have seen that some of these groups have forwarded those codes to their members and then those members are forwarding them to the wider public.”

But if someone ineligible for the vaccine showed up to receive it, wouldn’t they be sent away? Why aren’t vaccine sites screening eligibility? To protect illegal immigrants.

[Ferguson] said people with vaccine appointments aren’t asked to verify their eligibility with documentation at the Coliseum site.

“One of the reasons we’re doing that is because the communities we’re serving, we understand there may be folks who have different immigration statuses and we want to be cautious that we’re not scaring or intimidating people,” said Ferguson, adding that those who sign up for an appointment on My Turn are filling out a government form and it’s illegal to falsify information. “If you fill that out in an untruthful manner, there could be repercussions for that.”

To be clear, the source of media outrage is not that the “ineligible” users weren’t 65+ years old or essential workers. In fact, reports indicate that the ineligible persons who showed up to receive vaccines thought the opportunity was open to everyone. The outrage is over the fact that users who may have been white and Asian exploited a deliberate loophole that was supposed to be for the benefit of illegal immigrants, using access codes that were supposed to be for other minorities.

Q: Jen, thanks so much.  I have a couple of questions. The first is: Over the last few months, we’ve seen reports that say that people outside of black and Hispanic and vulnerable communities have been able to access the vaccines in those communities. In California, there are wealthy residents who are using access codes. In New York, we’re seeing that happen. What’s the White House’s plan for stopping this, and why is it still happening? This has now been happening at least over two months.

Psaki: You’re right. I’ve seen those reports as well.  And I think one of the reports I saw was around some of the mass vaccination sites in Oakland and the concerns about whether people in the community were actually getting access to the vaccines as planned. I don’t have specific data and numbers.  And I can certainly talk to the COVID team, or you can, of course, ask them during one of their three briefings about the actual data behind it — beyond the anecdotal stories, which alone are certainly concerning.

Race wasn’t actually the reason the ineligible access code users weren’t supposed to receive the vaccine. But even the White House press secretary answered as if it was.