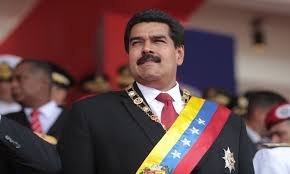 ‘Written in Hell by the Devil Himself’: The Bill Mike Lee Warns Will Cement Democratic Rule For Decades

Utah Sen. Mike Lee (R) blasted the Democrats’ election reform bill on Wednesday, arguing the legislation will allow them to stay in power for decades.

“I think I disagree with every single word in H.R.1, including the words ‘but,’ ‘and’ and ‘the.’ Everything about this bill is rotten to the core. This is a bill as if written in hell by the Devil himself,” the Republican told Fox News.

The For the People Act centralizes power, he said, allowing the federal government to make decisions it “really has no business making.”

Though elections have always been carried out at the local and state level, Lee said the reason Democrats want to concentrate power in Washington, D.C. is “in an effort to ensure an institutional revolutionary Democratic Party of sorts, one that can remain in power for many decades to come.”

He also called the bill “wildly unconstitutional” and said “bad things are going to happen” if power is taken away from states and centralized in D.C.

The measure passed in the House last month with no Republican support.

In addition to what Lee mentioned, H.R.1 also prohibits states from requiring voter ID, weakens voting security, automatically registers eligible “individuals” who are listed in certain federal and state government databases (the language does not specify citizens), expands voting by mail, and more.