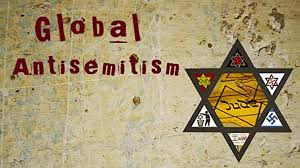 A Columbus, Ohio man has been charged with a federal hate crime after harassing his neighbors by shouting anti-Semitic slurs and threats. A Columbus, Ohio man has been charged with a federal hate crime after harassing his neighbors by shouting anti-Semitic slurs and threats while also breaking their windows and spitting at them.

A criminal complaint was unsealed in federal court on Thursday that spells out the allegations against Douglas G. Schifer, 65, of the Olde Towne East district of Columbus. During the hearing, he made his first appearance before U.S. District Magistrate Judge Elizabeth A. Preston Deavers. He is charged with a misdemeanour count of criminal interference with right to fair housing, which carries a maximum sentence of 12 months in prison.

The Columbus Dispatch reported that documents presented in court reveal that on November 7 of last year, Schifer’s neighbor’s, who are Jewish, stated that Schifer yelled obscenities at them, including anti-Semitic slurs.

They testified that he screamed, “Hitler should have gassed you,” “That’s why he put you people in furnaces” and threatened to shoot their dog, among other vulgarities.

That night as they were watching TV, Schifer threw rocks at their patio door and windows, shattering both. The incident was recorded on a doorbell camera.

In January, Schifer refused to cooperate with an FBI investigation. His lawyer, Sam Shamansky, said that his client plans to plead not guilty, stating that his client had not intended to offend his neighbors.