CLARK: The Justice Dept’s Spying On Congress, Journalists To Find Leakers Is A Disturbing, Unconstitutional Development 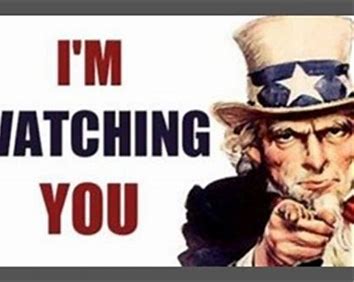 Editor’s note: We endeavor to bring you the top voices on current events representing a range of perspectives. Below is a column arguing that the Justice Department’s use of gag orders and metadata seizures to find leakers represents a disturbing attack on our democracy. You can find a counterpoint here, where former chief of staff for the Director of National Intelligence Dustin Carmack argues that the DOJ is justified in using all the tools it has to find leakers.

During the winter of 2017, someone most likely within the White House or intelligence agencies released a classified document to the Washington Post. It revealed that Michael Flynn had lied to Vice President Mike Pence and the FBI about conversations that he had with the Russian ambassador, during which he had counseled Russian leadership to not worry about sanctions that President Barack Obama had imposed on that nation for its interference in the 2016 presidential elections.

There was understandable bipartisan and widespread shock that emanated from most quarters of government, even from President Donald Trump himself, about Flynn’s lies concerning his conversation with the Russian ambassador. In fact, based on these facts, Trump fired Flynn as his national security adviser.

Over the next few months, Trump decided to make his own unique brand of despotic lemonade out of the truthful lemons that the leak of the document delivered. One of the first hints of the change occurred during meals with FBI Director James Comey, when Trump is alleged to have tried to pressure the FBI to drop its criminal investigation of Flynn.

Thanks to recent reporting by the New York Times, we now know that the Trump administration decided to launch the most methodical, comprehensive and sweeping surveillance of opposition members of Congress and the news media ever attempted by a president. With the full cooperation of Attorneys General Sessions and Barr – the latter of whom is now claiming memory loss – the Department of Justice launched a criminal leak investigation. Meanwhile Flynn’s cover-up of his engagement with the ambassador led directly to a felony conviction and Trump’s inappropriate and outrageous pardon of him.

Nearly everyone whom the DOJ and White House surveillance operations swept into its web had nothing to do with the original leaked document or any other classified document. That leak merely provided a fig leaf of justification for the domestic spy operation that even targeted congressmen’s families, including a child.

As if the secret and unlawful spy operations were not enough, DOJ also repeatedly warned companies and individuals who were compelled to honor the subpoenas to keep silent about them. These gag orders were delivered to essential bystanders with the draconian instruction that any violation would lead to their prosecution for obstruction of justice.

Internal leak investigations have become routine within government agencies in modern times. They are usually launched by an embarrassed leadership after an anonymous whistleblower has exposed wrongdoing. However wrongheaded, unjustified and retaliatory these actions often are, they pale in comparison to what has happened here. This DOJ probe was an aggressive, anti-democratic attack on the division of powers between the executive and legislative branches of our national government coupled with an unconstitutional attack on the free press, and further augmented by abuses of authority to ensure that the corruption would remain a secret from both the victims and the American people. The DOJ conducted this operation at the behest of and to further the political interests of an angry president trying to protect a crony, thus shredding its mandate to serve as the chief law enforcement arm for all Americans.

The order of the day is to find out what happened at the DOJ and the newly launched inspector general investigation is a step in the right direction. Press reports indicate that DOJ is stonewalling Congress and the public about what has transpired. This is unacceptable. Public accountability and transparency require that the DOJ release all information in its files about its surveillance efforts and cover-up actions.

We should not have to wait months or years for the results of the inspector general probe. Congress should hold hearings immediately and call as witnesses Sessions, Barr and former Deputy Attorney General Rod Rosenstein. The DOJ must fully respect congressional requests for documents and fully honor all subpoenas.

Congress should then develop and enact legislation to protect its members from surveillance for political reasons, allow Americans to safeguard their own private information, shield the press from leak investigations, safeguard whistleblowers from retaliation for telling the truth about corruption, and curtail the use of gag orders that undermine the public’s right to know what the government is doing in its name.

These troubling events and revelations should remind us of our duty to heed the warnings of Benjamin Franklin who prophesized that we as citizens would have to continue to defend the democratic republic that our constitution established. Without a thorough examination of what has occurred within the White House and the DOJ, and systematic reforms to ensure against future abuses, we will have failed our mandate and despoiled our democratic heritage.

One thought on “CLARK: The Justice Dept’s Spying On Congress, Journalists To Find Leakers Is A Disturbing, Unconstitutional Development”