Citizens in All States Should Become Activists for this Law: 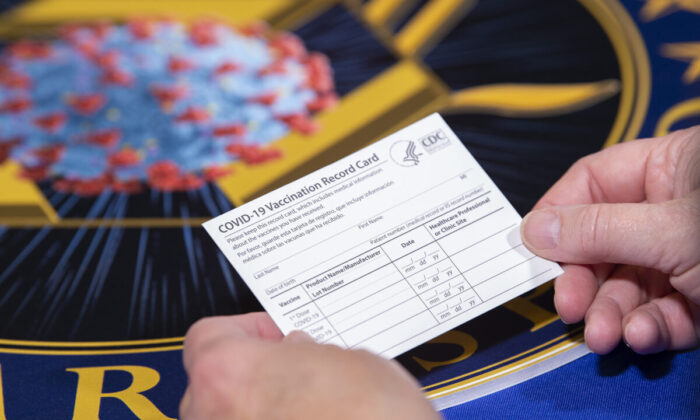 A newly proposed South Carolina law would make it illegal for certain institutions to ask a person for their COVID-19 vaccination status.

“The government has no place in making you or telling you to take the vaccination or threatening your livelihood if you don’t,” said state Rep. William Chumley, a co-sponsor of the bill, known as H.4848.

A representative of a public, private, or nonprofit entity who asks about a person’s COVID-19 vaccination status should be fined more than $14,000 or imprisoned not more than one year, or both, according to the text of the bill.

“South Carolina didn’t want to get in this fight,” Chumley told local media outlets. “It was brought to us by the federal government.”

The bill is currently being discussed in a state House committee.

Lawmakers who sponsored the bill said they support the measure because it can serve as a bulwark against government coercion.

“It’s about protecting people from being forced or coerced into getting a vaccine for purposes of employment, admission to schools, or government services,” state Rep. Wayne Long, a Republican, told Channel 2 News.

“I get calls from people literally every week begging the legislature to take some kind of action to protect people’s rights, to protect their privacy, and to keep them from being forced or coerced into getting a vaccine that they frankly don’t want to get,” Long added. “And even for people who have gotten the vaccine, I’ve spoken with many of them, it’s really a privacy issue.”

“You put employers in an impossible position,” Summerlin remarked.  “You’ve got a (proposed) state law now that says that if you ask about that, and try to comply with federal law, then you are going to jail,” he added.

“What if you ask your coworker about their vaccination status, and you are just having a conversation?” he said. “What if you are a nurse, and you ask a fellow nurse about it? Do you want the local law enforcement to go in and arrest them because of this law?”

The proposed law comes two weeks after the Supreme Court, in a 6–3 majority opinion, blocked an Occupational Safety and Health Administration (OSHA) emergency temporary standard that required employees at companies with 100 or more workers to either get the vaccine or submit to weekly testing. And on Tuesday, OSHA published an announcement saying it would formally withdraw the rule Wednesday.