China Changed Supply Chain Strategy With Russia 3 Months Ahead of Ukraine Invasion, Suggesting It Had Foreknowledge of the Invasion of Ukraine by Russia 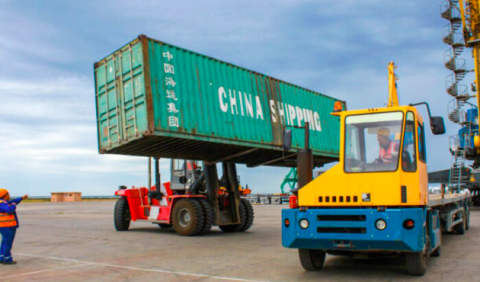 Around three months ago, China changed how it ordered goods from Russia in a way that would insulate Beijing in the event of Western sanctions on Moscow, according to a supply chain analyst citing insider information.

This move suggested that China had foreknowledge of Russia’s plan to invade Ukraine, and had made contingencies to ensure it could still import Russian commodities amid sanctions, he said.

In about November or December, China began buying all of their Russia-origin cargoes—grains, crude oil, and petrochemical products—on a “free on board origin” basis, meaning that China would hold claim to the goods as soon as they were loaded onto the ship, said Ross Kennedy, founder of Fortis Analysis.

This an unusual choice in international trade, Kennedy told NTD, an affiliate of The Epoch Times, on March 3.

In large shipments by sea, sellers, rather than buyers, would commonly assume responsibility for the goods until they are delivered to the purchaser, he said. They also typically cover the cost of shipping and insurance, and warrant that the goods will safely reach the destination.

“Now, what you’re seeing is the buyer stepping up and saying we’re going to take the risk,” he said in the interview.

“And the reason you would see that happening is because there is a fear that sanctions on products coming from a certain country, in this case, Russia, would impact those country’s ability to buy those products.”

The switch indicated to Kennedy that China’s authorities have, “at least for some amount of time, been certainly aware of Russia’s plans with regard to Ukraine—if not outright complicit in it.”

The growing friendship between Russia and China has fueled questions about what role Beijing could have played leading up to the invasion of Ukraine.

Worried about Russian President Vladimir Putin mounting a “reckless invasion,” White House officials had engaged China in advance in the hopes it could help avert a war, but China had declined, a top U.S. policy advisor recently said in a panel event.

Instead, senior Chinese officials reportedly asked Russia to postpone making a military move until the end of the Beijing Winter Olympics.

On Feb. 21, one day after the Olympics concluded, Putin deployed troops to two breakaway regions in the eastern part of Ukraine. The Russian military officially launched the attack three days later.

About 1.2 million people have fled the war in Ukraine, a United Nations official said on Friday. The agency has recorded 1,006 casualties as of March 3, including 331 deaths and 675 injuries, but believes that the real toll is much higher.

Most of the victims were killed by explosives such as multi-launch rocket systems and missile and airstrikes, the office said.