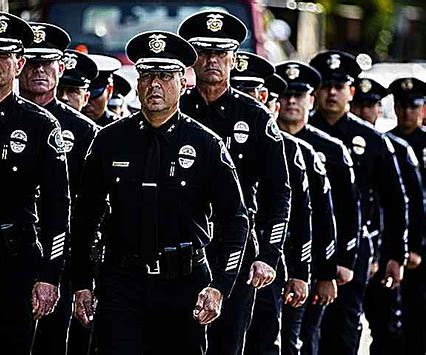 From the mayor’s office in San Francisco to the governor’s mansion and the U.S. House of Representatives, California Democrats in recent days have said the crime surge in the state must be stopped and police are needed to make that happen.

“It’s time that the reign of criminals who are destroying our city, it is time for it to come to an end,” San Francisco Mayor London Breed said on Tuesday when announcing new public safety measures. “And it comes to an end when we take the steps to be more aggressive with law enforcement … and less tolerant of all the bullshit that has destroyed our city.”

“It’s absolutely outrageous, obviously it cannot continue,” House Speaker Nancy Pelosi (D-CA) said on Wednesday about the surge of retail thefts in San Francisco.  “There is an attitude of lawlessness in our country that springs from I don’t know where … and we cannot have that lawlessness become the norm.”

“That’s why you’ve got to get serious about it,” Newsom said. “I’m not the mayor of California. But I was a mayor. And I know when things like this happen, mayors have to step up.”

SF Gate reported on the changing attitudes of politicians who ignored months of violent protests and the destruction of property in the name of “racial justice” and “police brutality” after the death of George Floyd in police custody:

Thefts in San Francisco are growing increasingly brazen and seemingly organized at a large scale. Nationally, public polling indicates potential political vulnerability for Democrats, as a national poll from ABC/Ipsos this week found that just 36% of voters approve of President Joe Biden’s handling of “crime” generally, which is down from 43% in October.

By way of actual policy, Breed’s public safety measures include more policing in areas such as the Tenderloin and amending existing legislation to allow law enforcement to access private surveillance cameras in real time, while Newsom’s involve using the California Highway Patrol to assist in patrols of highly trafficked shopping areas.

And beefing up police operations are now suddenly on the table, as the CBS affiliate in San Francisco reported:

On Tuesday afternoon, the SFPD’s Tenderloin Station Twitter account posted information on police activity in the neighborhood over just the past week, including the seizure of nearly a kilo of drugs — more than half of which (over 600 grams) was fentanyl — and the arrests of 17 suspected drug dealers.

Last week, in addition to arresting five drug dealers for violating stay away orders and six for outstanding arrest warrants, drug enforcement in the Tenderloin seized over 950 grams of drugs (including more than 600 grams of fentanyl), over $3,400 in drug money, three knives, and a taser.

“The Tenderloin crackdown was just one of four crime fighting initiatives Breed announced at a news conference that afternoon,” CBS reported, including:

“In recent months we’ve not only seen a number of high-profile incidents of brazen robberies and car break-ins but also street behavior and criminal activity especially in the Tenderloin that has become far too normal and cannot continue to be tolerated,” Breed said.

Crime data reveal that just in November there were 3,375 reports of larceny theft citywide, the majority car break-in. Last month there were 876 reports of “smash and grab” thefts, almost 30 a day, compared with 442 last November.

In the 50-square block Tenderloin last month there were six shootings, 20 drug arrests, and 16 assault and batteries.

Breed said horror stories from Tenderloin residents are partly responsible for her pivot on lawlessness.

“Hearing their stories was hard,” Breed said. “Hearing their stories was heartbreaking. Just imagine if you had to walk your kids down the streets of the Tenderloin every single day with people shooting up (on drugs), selling drugs and because the sidewalks were so packed with people, you had to walk out into the streets in incoming traffic on a regular basis.”

“You got these brand new playgrounds where you don’t even feel comfortable walking your kids to play in them because of everything you see around them so you don’t feel safe,” Breed said.

Breed said she is not concerned about being criticized for taking this stance.

“To be clear, what I’m proposing today and what I will be proposing in the future will make a lot of people uncomfortable and I don’t care,” Breed said. “At the end of the day the safety of the people of San Francisco is the most important thing to me. We are past the point where what we see is even remotely acceptable.”