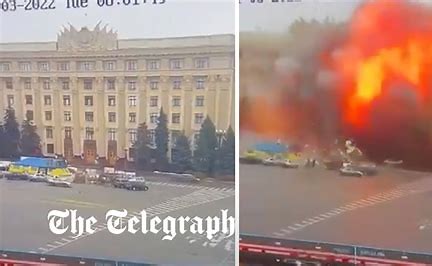 Capture of Kherson in Ukraine, Strategically Located at the Black Sea

Air Sirens Alert During the Night in KIEV, Huge Lightning Like Flashes seen by Reporters

Jewish Community in Kherson in Danger

As the sixth day of the Ukraine conflict is coming to a close, the fighting is only intensifying. Kherson, a city of 290,000 people only 100 miles east of the Crimean Peninsula, is totally shut down, Chabad-Lubavitch of Kherson director Rabbi Yosef Y. Wolff tells Chabad.org from a Kherson basement where he and his family are sheltering in place. “We cannot leave or enter the city; we’re staying below ground,” the rabbi says. “Now it is quiet, but there were many long hours of constant gunfire outside.”

For days prior, Wolff and his fellow Chabad emissaries in the city have been stockpiling food staples for the city’s 1,500 Jewish families. “We have been buying many tons of rice, flour, sugar, eggs, buckwheat and bread, and distributing them to local families. But now everything is shut down.” Wolff says his only concern is for his community. “Please G‑d, we’re doing everything we can to make sure they stay safe and unharmed.”

For a city that hasn’t seen war since World War II, the infrastructure isn’t prepared, Wolff says. “Once you hear the sound of the explosions, it’s too late to seek shelter.”

The Kherson region has a rich Jewish history dating back to the second Chabad Rebbe—Rabbi Dovber Schneurson (the Mitteler Rebbe)—who established Jewish agricultural colonies there. The legendary Chassid, Rabbi Hillel of Paritch, visited Kherson frequently and on one trip, fell ill and passed away there, where he is buried. In 1917, a branch of Chabad’s flagship Yeshivah Tomchei Temimim was established in Kherson, and was led by Rabbi Alexander Sender Yudasin and Rabbi Eliezer Dvoskin (Chechersker). When the Germans came to town in 1942, they burned the local Chabad synagogue, the Bergovay shul, with nine Jews inside, including Rabbi Dvoskin and his wife, Tova Rivkah.

After the fall of Communism, Rabbi Yosef Y. Wolff and his wife, Chaya, established Chabad of Kherson in 1993. Under their leadership, Kherson has become home to a plethora of Jewish activities, including a day school, summer camp, soup kitchen and mikvah.

“We are all big believers,” Wolff says, breaking down into tears over the phone. He pleads with Jews worldwide: “Pray for us! Every Jew should do a mitzvah for the safety of Kherson’s community.”