Biden Combative and Delusional in First Interview on Afghanistan With Stephanopoulos 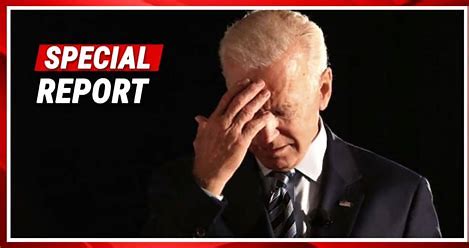 Joe Biden gave a canned speech, using a teleprompter, today on COVID, and then turned on his heel and left without answering any questions from the media.

The insane nature of Biden’s speech, as he prattled on about COVID ignoring the huge elephant in the room—he thousands of Americans and allies being trapped in Afghanistan—was something.

But that wasn’t all. While he took no questions from the regular reporters at the White House, he apparently gave an interview today to former Clinton Family operative, George Stephanopoulos. But if that was supposed to be a “safe” interview and have him go over well, it failed miserably.

ABC released a clip and it showed a combative and confused Biden.

George asked the obvious question (paraphrasing): What the heck went wrong here with what you guys did in Afghanistan?

But Biden being Biden, he flipped out when challenged. He refused to say that he had done anything wrong. He was, once again, mad that we didn’t understand that such situations always have “chaos.”

“When you look at what’s happened over the last week,” Stephanopoulos said, “Was it a failure of intelligence, planning, execution, or judgment?” Biden just bristled with even that slight challenge and was again incoherent.

“Look, I don’t think it was a fair – look, it was a simple choice, George. When they – when the Taliban – let me back up and put it another way. When you had the government of Afghanistan, the leader of that government, get in a plane and taking off and going to another country, when you saw the significant collapse of the Afghan troops we had trained – up to 300,000 of them – just leaving their equipment and taking off, that was you know, I’m not – that’s what happened. That’s simply what happened.”

Huh? How does that explain your basic failure to get Americans and allies out, something people have been begging for and which you knew needed to be done for months? Plus, that 300,000 figure he keeps throwing out is yet one more lie. Even CNN said in a fact check it was likely only about half that.

“But we’ve all seen the pictures,” Stephanopoulos said. “We’ve seen those hundreds of people packed into a C-17. We’ve seen Afghans falling…”

Biden interrupts, livid. “That was four days ago, five days ago!”

Yes, Joe, it still matters, you can’t skate past it. But this is his attempt to do an Obama: Ignore scandal for several days, then say it’s “old news, move on.” It doesn’t go over well.

Stephanopoulos asks, “What did you think when you first saw those pictures?”

No, you don’t really even have control yet because people can’t even be assured of safe entry into the airport and you left everyone, Americans and allies, hanging out in the wind, left to their own devices to get there.

“No,” Biden huffed. “I- I don’t think it would have been handled in a way that — we’re gonna go back in hindsight and look, but the idea that somehow there’s a way to have gotten out without chaos ensuing, I don’t know how that happens. I don’t how that happened.”

Stephanopoulos follows up with, “So, for you, that was always priced into the decision?”

That’s the problem. You don’t know how it happened, Joe, because it’s completely beyond you. You didn’t care, you didn’t plan, and you thought no one else would care as you threw everyone and everything under the bus in the process.

Finally, he wouldn’t even commit to staying until they got all Americans out until Stephanopoulos kept pressing him. He finally did. But even this was a battle.

Past August 31, he’s going to leave regardless, bet on it. No matter who is left.

What he’s saying now about the chaos, of course, doesn’t match what he’s been saying for months.

As I previously reported, looks like he’s heading out to Delaware tomorrow, because hey, he needs his nap, ice cream, and vacation.

Just stand by, thousands of Americans and allies, maybe we’ll get to you, maybe not.