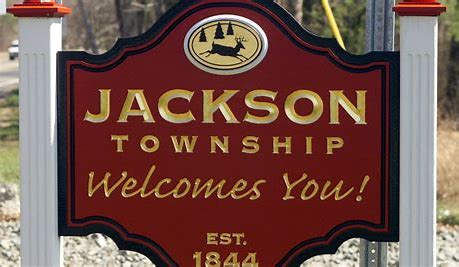 TRENTON, NJ  – Attorney General Gurbir S. Grewal announced today that the State has filed a civil rights lawsuit against Jackson Township alleging that Township authorities violated the New Jersey Law Against Discrimination by using their zoning powers to make it harder for Orthodox Jews to practice their religion and to deter them from moving there.

You can read the lawsuit here.

The State’s complaint alleges the Jackson’s adoption of discriminatory zoning ordinances and enforcement practices was motivated in part by officials’ desire to appease Township residents who reacted to the Township’s growing Orthodox Jewish population by expressing hate and fear on social media, in complaints to Township officials, and in public meetings.

“We’ve filed this lawsuit because bias and hate have no home in New Jersey, and we will not allow some vocal residents’ intolerance to drive local government decisions,” said Attorney General Grewal. “Like all public servants, municipal officials have a duty to uphold the law, not weaponize it against specific groups because of what they believe or how they worship. Today’s lawsuit should send that message to anyone in New Jersey who needs to hear it.”

According to the State’s complaint, starting around 2015, a vocal group of Jackson residents began complaining to local officials about an influx of Orthodox Jews into Jackson Township. Some residents have amplified their views in hateful social media posts, which have included statements like “we need to get rid of them like Hitler did” and “filthy f’ing cockroaches.”

The complaint alleges that some Jackson officials sympathized with residents’ anger and fear that Jackson was “becoming a subdivision of Lakewood.”

In response, officials devised plans to create and enforce rules that would stymie the religious observances of Orthodox Jews in Jackson and, as one former Zoning Board member said in a Facebook post, quell “the tsunami of orthodoxy that is mounting at the border.”

Through ordinances and enforcement actions, the complaint alleges, Jackson Township exploited its power to regulate land use and housing to disrupt vital aspects of Orthodox Jewish life in Jackson and to interfere with the ability of observant Orthodox Jews to live there.

“This lawsuit shows that the Attorney General and the Division on Civil Rights stand ready to address discrimination in all its forms, whenever and wherever it occurs throughout the state,” said Aaron Scherzer, Chief of Strategic Initiatives and Enforcement at the Division on Civil Rights. “We will not allow municipalities to discriminate against residents because of their religious beliefs or to take actions based on residents’ intolerance. Instead, as we confront a rising tide of bias across the state and around the country, we need our local leaders to set an example for how to address intolerance and persistent othering.”

First, Township officials allegedly engaged in targeted and discriminatory surveillance of the homes of Orthodox Jews suspected of hosting communal prayer gatherings. Jackson’s zoning code requires permits for places of worship, but there are constitutional limits on municipalities’ ability to use their zoning authority to restrict the free exercise of religion, and government officials cannot discriminate on the basis of religion.

The State’s complaint alleges that Jackson Township dedicated significant resources to monitoring the homes of Orthodox Jews, at the direction of Mayor Reina and others, even after officials warned that taxpayer funds and government resources were being wasted and that officials were not finding significant code violations. Mayor Reina allegedly has stated that, if these were churches instead of Orthodox Jewish places of worship, he would “absolutely not” be fighting them in the same manner.

Second, the complaint alleges that Jackson Township officials engaged in discriminatory application of land use laws to inhibit the erection of sukkahs by the Township’s Jewish residents, particularly in their front yards. Sukkahs are temporary open-air structures constructed to mark Sukkot, a weeklong Jewish holiday celebrating the fall harvest.

According to the complaint, after residents began to question and complain about the appearance of sukkahs, Jackson Township officials modified their interpretation of a local ordinance to effectively prohibit sukkahs in front yards. The complaint alleges that the Township’s new enforcement policy discriminated against Jewish residents.

Third, Jackson officials allegedly discriminated against Orthodox Jews by enacting zoning ordinances in 2017 that essentially banned the establishment of yeshivas and dormitories, where yeshiva students typically reside so as to avoid the distractions of secular life. According to the complaint, as Jackson officials were considering whether to effectively prohibit religious schools, a former member of the Zoning Board warned Mayor Reina that “Jackson will be sued and it will cost the taxpayers dearly to defend the ordinance, potentially millions.”

Fourth, the complaint alleges that Jackson discriminated against Orthodox Jews by enacting a 2017 zoning ordinance that targeted and effectively banned the creation of eruvim – symbolic, boundary-defined areas in which observant Orthodox Jews are permitted to engage in certain activities otherwise prohibited on the Sabbath (Friday evening to Saturday evening) and during the holiday of Yom Kippur. The boundaries of an eruv are often marked by affixing plastic strips known as “lechis” to utility poles.

The State’s complaint alleges that each of these policies and enforcement actions reflects Jackson Township officials’ acquiescence to – and often solidarity with – anti-Orthodox-Jewish bias voiced by certain residents about Orthodox Jews including that they “refuse to assimilate” and that they will “destroy our neighborhoods.”

One of the State’s four claims—involving the allegedly discriminatory enactment of ordinances barring yeshivas and their dormitories—overlaps with allegations in a lawsuit filed by the U.S. Department of Justice against Jackson Township in May 2020. The federal lawsuit alleges that the Township passed the ordinances, and the planning board has applied those ordinances, in a manner that discriminated against the Orthodox Jewish community, in violation of the Religious Land Use and Institutionalized Persons Act of 2000 and the Fair Housing Act.

The State’s complaint asks the court to find that each of the challenged zoning practices violates the Law Against Discrimination, to issue an order prohibiting Jackson Township’s discrimination against the Orthodox Jewish community, and to impose civil penalties, among other relief.

The Jackson Township lawsuit is the second lawsuit filed against a New Jersey municipality by the State in recent years to stop discriminatory zoning practices targeting Orthodox Jews. In 2017, the State sued Mahwah Township after it adopted two allegedly discriminatory ordinances – one banning non-residents from using Mahwah’s public parks, the other banning the posting of “lechis” on utility poles located within the municipality. The Mahwah lawsuit was resolved through a settlement agreement in 2018.