Ami Horowitz Interviewed Protesters at the George Floyd Memorial, It Was Beyond Troubling 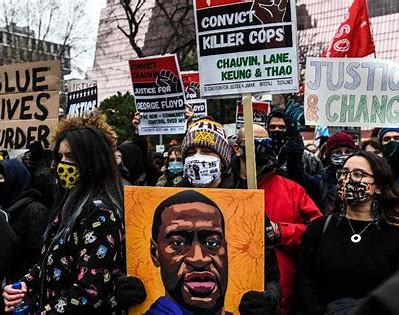 Journalist Ami Horowitz went to the George Floyd memorial in Minneapolis, Minnesota to ask some of the protesters who were gathered there what they thought of what was going on.

What some of them told him was seriously shocking.

Some of the folks approved of “burning the whole city down.” One said, “So they can see we are here.” One declared that there shouldn’t even be a trial, that Derek Chauvin should just be convicted on the spot. Another said he would support “street justice” on Chauvin. A third person explained that Chauvin should have been “fed to the wolves.” Forget about all that junk like due process, that’s so last year. We don’t need that anymore.

Horowitz asked them a good question: how many unarmed black people were killed last year?

There’s a common liberal misconception that it’s much higher than, in fact, it is, as the protesters being questioned exhibited to Horowitz.

Now there are variable counts depending upon what statistics you are checking, but the protesters thought it was hundreds, if not thousands, a complete misperception. In 2019, according to USA Today, it was 13. People responded yes, they thought there was a genocide of the black race going on with the police shootings. It’s perhaps not hard to understand why they might believe this is the case, given the outsized attention paid to any police shootings involving black people by the media. It’s a complete media manipulation of reality, and it’s a harmful manipulation as we can see by their perceptions. How many more people believe this, although they might not be as extreme in their expressions as these folks are?

Horowitz asked them what percentage of the country was white supremacist? That was another question where the answer seemed unhinged from reality. One responded “most of the country.” That protester said that she didn’t want to say anything to incriminate herself but yes, maybe those people should get street justice. Another explained she wasn’t really saying kill the white people, “But…”

This is troubling stuff, based on lies and a media narrative. Now I’d like to think, and do think, this extreme perception is a relatively small number of people. But the misperception about police shootings seems rampant. Media has a lot to answer for cultivating this kind of division.