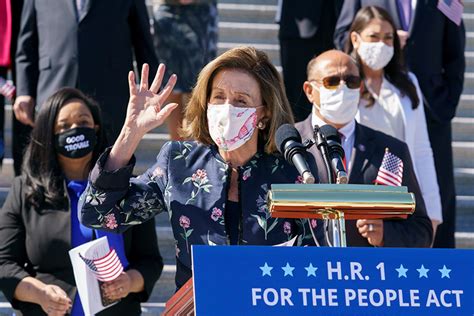 The House on Wednesday passed Democrat legislation to enact a sweeping reform of federal election law. HR. 1 would require states to allow any eligible voter to cast a ballot by mail or dropbox, assure nationwide automatic online and same-day voter registration, mandate a minimum of 15 days of early voting for elections, and grant felons who have completed their prison sentences the right to vote. The measure passed on a party-line 220-210 vote. House Speaker Nancy Pelosi (D-CA) praised the bill as an attempt to combat “voter suppression” in America. Rep. Lauren Boebert (R-CO) expressed Republican alarm. “HR. 1 is the pretext to abolishing the Electoral College,” she tweeted before the vote was taken.