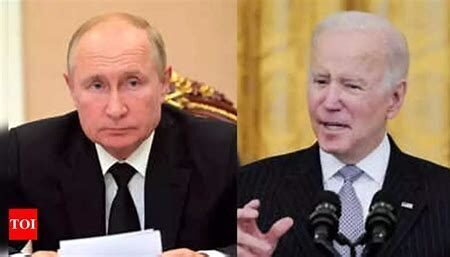 Biden said last week that Putin was a “war criminal” for sending tens of thousands of troops to invade Ukraine and targeting civilians.

“Such statements from the American president, unworthy of a statesman of such high rank, put Russian-American relations on the verge of rupture,” the ministry said in a statement.

The Kremlin earlier described the comments as “personal insults” against Putin.

The ministry also told Sullivan that hostile actions against Russia would receive a “decisive and firm response.”

State Department spokesman Ned Price confirmed that Sullivan met with Russian officials. But he declined to say whether the U.S. envoy told them that the United States stands behind the accusation Biden levelled at Putin.

Price told a news briefing that the United States believes it is important to maintain communication channels with Russia especially “during times of conflict.”

“We have sought to maintain a diplomatic presence in Moscow” and the United States wants Russia to keep a similar presence in Washington, he continued.

Russia’s actions “call into question whether they, too, welcome these same open lines of communications,” Price said.

Sullivan in the meeting repeated a demand that the United States be given consular access to American citizens detained in Russia, including those in pretrial detention, Price said.

He said Russia has barred U.S. diplomats from meeting those Americans for months in violation of international law.

Russia has detained at least three Americans, including WNBA star Brittney Griner, who was arrested earlier this month at a Moscow-area airport and accused of transporting drugs. read more