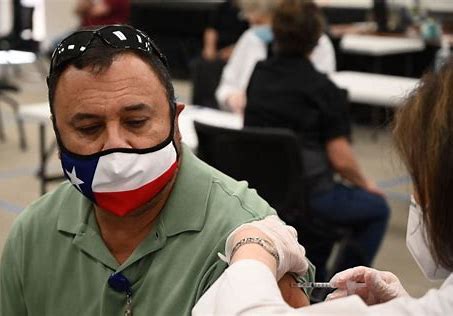 Forty-nine deaths among the population have been recorded since December 2020, the New Jersey Department of Health confirmed to The Epoch Times.

The 49 deaths come from the pool of 4.8 million residents who have gotten a vaccine, making the death rate slightly greater than one in 100,000 fully vaccinated people.

“That means vaccines are about 99.999 percent effective in preventing deaths due to COVID-19,” Dr. Ed Lifshitz, medical director of the department’s Communicable Disease Service, said in an emailed statement.

As of July 12, about half of the fully vaccinated persons who died had pre-existing conditions such as heart disease, diabetes, or cancer.

Fully vaccinated refers to people who have gotten both Pfizer or Moderna doses or the single-shot Johnson & Johnson jab.

It typically also means that two weeks or more have elapsed since the person received their final shot.

Health officials say that breakthrough cases are expected and that, while breakthrough deaths also happen, people who have gotten vaccinated are better equipped to fight off severe disease.

As of July 12, nearly 5,500 people have been hospitalized or have died despite being fully vaccinated, according to reporting from 48 states and territories to the Centers for Disease Control and Prevention.

The death count stands at 1,063. However, reporting is voluntary and the number is likely an undercount, health officials say.

In Illinois, the number was 151, the Illinois Department of Public Health said last week. Twenty-seven fully vaccinated persons have died in Louisiana, Dr. Joseph Kanter, the state Department of Health’s medical director, told local media earlier this month. And 80 such deaths have occurred in Massachusetts, officials there reported this week.