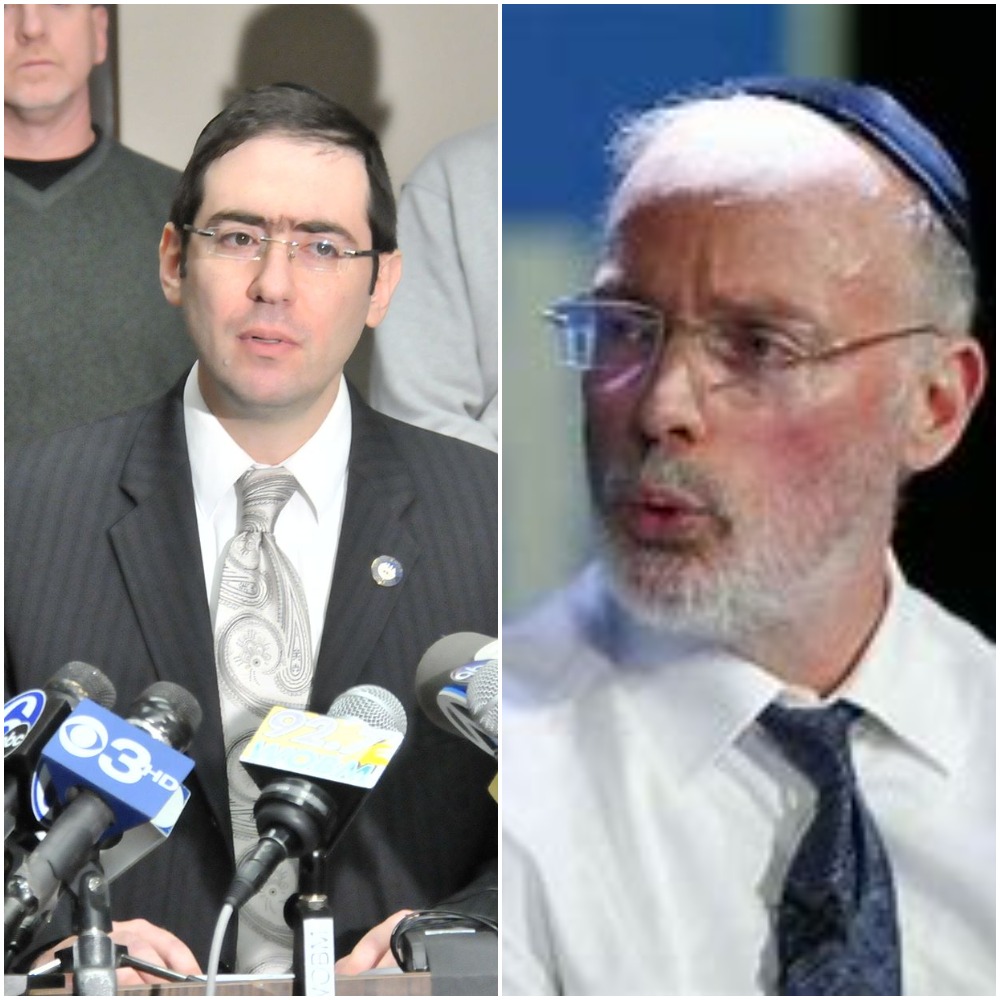 Once Aaron Kotler was ousted from BMG, many had hoped the Lakewood politicians will revert to better ways. The reality is that Aaron is still pulling the strings when it comes to the expansion of his wealth. With his geniuses he took an ordinary residential lot and turned it into a massive office building that is tax free!!

It all started with a property on East Spruce Street that was not zoned for offices.  Aaron purchases a large lot for 1$. Yes, 1$ only.

Aaron asked the zoning board to approve a daycare center (which is a permitted use) together with some commercial office space (an illegal use in the zone). Who can be against the Spruce Care daycare center for cute little children, especially when the demand is so great, and just a few offices?!?! The board approved it.

Once approved, Aaron tells the board to remove the legal daycare use and change the entire building’s use to only commercial offices. The board approved the incremental applications to what is today a regular office building.

Approximately 22 years ago, the township provided huge tax breaks for the Cedar Bridge Development area (BTW, at the time also controlled by Aaron). Those breaks provide that any property within the zone is exempt from paying property taxes for 35 years. Instead, they pay a tiny percentage of that or only a miniscule amount called PILOTs (Payment In Lieu Of Taxes). That “Redevelopment” area was specifically confined to the lots west of Cedarbridge Ave. and east of Pine St. and bordered by New Hampshire. Kotler’s property is located on Spruce Street, outside the area originally designated as the Cedar bridge Corporate Campus.  Now Aaron needs to position his building closer to the Cedar Bridge Development zone.  Aaron asks the Board to allow him to put up his building all the way in the back of his property, so he can get a little closer to Pine St. He even changes the building’s official address from 1459 East Spruce St. to 1515 Pine St.

The Township also gives Aaron a permanent “cross-access” easement for a whopping FIVE THOUSAND dollars on the western portion of lot 17, known as the OEM/EMS lot, which has frontage on Pine St. This area is directly across the street from the Cedar bridge zone and the site plan shows that it will provide 48 parking spots for the exclusive use of the East Spruce building during its hours of operation. The public is only permitted to park in those parking spaces whenever the private owner decides that his building is not being utilized by any of his tenants. If they park on the township owned lot at any other time, their vehicle will be towed.

This is besides the other 18 parking spaces the Committee gave Aaron (to the immediate west of his Lot 19) when they vacated the paper street America Avenue. To justify this bogus deal, the township keeps the right to use the parking lot but only when the office building is not using it!!

It’s too bad the EMS personnel have to walk so far, because per the Agreement, they cannot park on the new parking lot on their own lot 17 due to those spots given exclusively for the use of the 1515 Pine St. tenants.

Now that he has a parking lot touching the promised tax free zone, Aaron can asks the Committee to include him in the Cedar Bridge Park zone and grant him tax free benefits!! (Technically he is not even next to the zone as he does not own the parking lot with the so-called frontage!! But who cares…)

Never has the township granted a tax break for an existing building. If it made sense to build it, why should we give you free money? And for 35 years!! This building has already been constructed; do they really think that he’ll knock the building down if his tailor-made Ordinance doesn’t pass??

The Lakewood Township Committee approved the first reading of the CEO ordinance (# 2022-015) which will give 35-year property-tax breaks to a pair of proposed office buildings, with the mayor saying that the move will bring in jobs and that the future tax dollars from the buildings will benefit “our children and grandchildren.” So far so good.

Many residents were outraged at the move. “Why would the township agree to forfeit tax dollars in an area where traffic and congestion are already a major problem?” one township resident told the Yated. “It’s not like it was 20 years ago when the area was largely undeveloped. Now. its prime real estate, and these proposed tax breaks seem like a developer getting an unfair advantage while the rest of Lakewood residents swallow the cost of the rightful property tax bill.

The Committee then referred a review of the Ordinance to the Planning Board as they’re required by law to seek the Board’s recommendation on whether they agree to approve the expansion of the Cedarbridge tax-free zone or not.

At the March 15th Planning Board meeting, after hearing unconvincing testimony from the developer’s professional planner, the members voted to NOT recommend the proposal.

Interestingly, the matter was rescheduled to be heard a second time for the Board’s reconsideration at their April 5th meeting. This left many residents scratching their heads about how an applicant is allowed to get a second bite at the apple after having already been denied. At the last minute

Once you are denied, it is over. But not when it comes to Aaron. The matter was rescheduled to be heard a second time for the Board’s reconsideration at their April 5th meeting. This left many residents scratching their heads about how an applicant is allowed to get a second bite at the apple after having already been denied. At the last minute, right before the Board was going to begin discussing the CEO again, the board secretary announced that she’d received communication from the Committee to “table” the matter. No further explanation was provided.

The CEO is still scheduled on this evening’s, April 7th Agenda for a second reading. The public is paying close attention..