The 3 Weeks and the 9 Days: 2000 Years of Remembering ‘חורבן בית המקדש’ and the Subsequent Frenzied Dispersion into גלויות all over the World 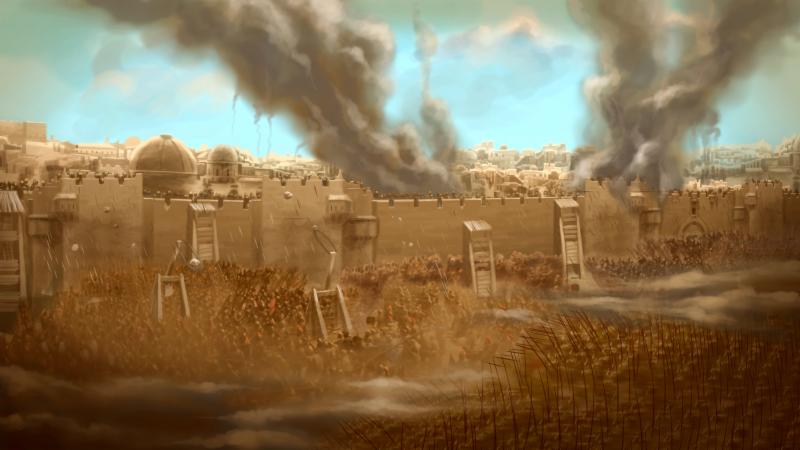 I am not writing this article in order to chastise (to give mussar) anyone; חס ושלו׳. But let us not fool ourselves. According to the secular calendar we are in the year 2021. According to most authorities the חורבן took plce in the ‘secular year’ 70. which means that for 1, 951 years we have been practicing the ritual of communal אבילות.

Indeed, at many times during these last almost 2000 years, we as a nation suffered horrendous tragedies, many of which took place right smack during this three week period. And even when not during that time, the tragedies suffered earlier than those three weeks was so gruesome, that the wounds we received did not even begin to close by the time the three weeks arrived.

But if we each do a self examination being truly honest with ourselves, we do a rather poor job of weeping on תשעה באב. True, we fast. It’s usually hot and humid and even when not it’s pretty much the most difficult fast of the year. But when it’s over, after we eat, it’s off to planning ‘Bein HaZemanim or the like. It seems almost as though we are missing the point.

But there is something else. On Tisha’ B’Av, we spend much time in shul saying ‘קינות.’ If one appraises קינות with only a cursory view, one will observe many of them were written during the middle ages and even some as late as the 17th century (1648-49 also known as תח ות״ט). They all speak of horrendous tragedies that we went through time and time again.

These events did not necessarily take place during the three weeks. Our חכמים, גדולים וראשי קהלתינו who wrote—or requested of well known and holy פייטנים—to write them, understood that the suffering that כלל ישראל experienced throughout the גלות, was a direct caused by the actions of our ancestors prior to the חורבן.

It was not necessary for us to be able to make the exact connection between events which took place during and preceding the חורבן. It was most important for us to understand that the initial causes of the חורבן had not yet been rectified by later generations. In fact we continued to spiral downward as a nation despite all the tragedies.

There is no denying that it is a worthwhile pursuit to understand the connection between then and now. But what is most important is to understand that in-spite of how much we have suffered we apparently haven’t completed the job we are supposed to.

Then came World War II and all the suffering that took place. In roughly a span of 7 years, the entire earth turned upside down. Europe became soaked in the blood of the Jewish people who suffered national carnage in quantities that never occurred before.

It left a world smoldering in the smoke and dust of torturous murder. At the end we were left with a world that changed in ways never seen before. Europe was bequeathed with a legacy of evil which literally engulfed the entire globe. All of Eastern Europe, much of Western Europe, nearly two thirds of the Asian Continent and most of the African Continent was overcome by the evil of cultural Marxism, Communism and Fascism.

In the meantime a poor destitute nation of 3.5 million Jews were ‘welcomed’ to the shores of America, as it opened its doors to the Jewish refugees of the Holocaust. Slowly young and old began putting their lives together as best they could. A whole new generation was born. We witnessed the growth of the Jewish nation in the diaspora in incredible numbers בלי עין הרע. Jewish institutions were built up by the thousands. And to top it all off, the Jewish people saw financial success spread out amongst its masses in ways never seen before.

We were introduced to the comforts of life and freedoms like never before. And while it did have some negative affects, it also had a great deal of positive results. But it did de-sensitize us to our historical relationship to tragedy. Of course that isn’t bad in of itself; have we not suffered enough one might not so incorrectly ask?

But let’s face it, as it relates to the 3 weeks, 9 days and תשעה באב, it does leave somewhat of a void. So as they would say in Yeshiva, ‘whats the עצה?

Perhaps—and I am not saying this in the declarative, we need to view the תשעה באב effect from a different perspective……

Many great things were accomplished B”H as a result of our having arrived at the shores of America. While we certainly understand that this is as much a part of גלות as that past 2000 years, we do still have the job of self perfection and raising ourselves up to the levels that will show our nation to be the pride of the earth and an example of קידוש השם to the entire world. So what have we accomplished of note?

There is בלי עין הרע, an explosive amount of צדקה וחסד like never seen in the past. In-spite of all our internal issues, we continue to grow in לימוד התורה quantitatively in ways that כלל ישראל has not experienced for well over 1500 years. The amount of תורה learning amongst the המון עם is so radiantly beautiful it has and continues to inspire many amongst us to follow.

It occurs to me that despite our difficulty to relate to the tragic life of the past, we can still weep to הקב״ה this year on Tisha’ B’Av to ask him to look at us with kindness and see the power with which we continue to struggle all for the sake of הקב״ה, his תורה and helping each other.

If in fact we end up having to go through another תשעה באב this year, may it be the last sad one and the next one like the יו״ט of פורים.